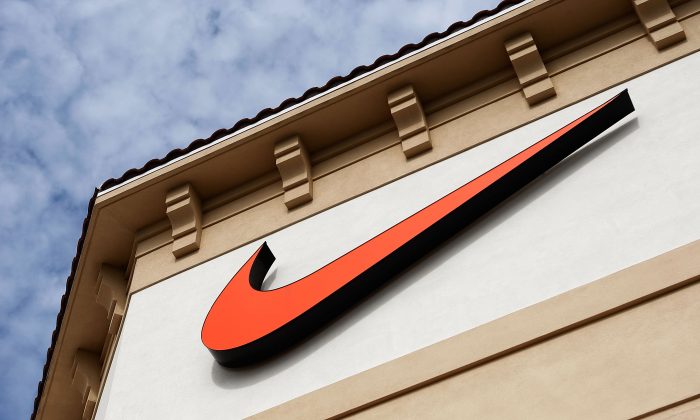 Nike announced July 11 it’s going forward with plans to make soles for Nike Air shoes in a Phoenix suburb even though Arizona Gov. Doug Ducey blocked state money for the facility when the company pulled a flag-themed shoe from the market.

The shoemaker did not address the controversy in announcing its plans for a $184 million factory with at least 500 jobs in Goodyear.

Despite his earlier criticism, Ducey welcomed Nike to Arizona on Thursday.

“This is good news for Arizona and for @GoodyearAZGov,” he wrote on Twitter. “500 plus jobs. Over $184 million in capital investment. Arizona is open for business, and we welcome @Nike to our state.”

This is good news for Arizona and for @GoodyearAZGov. 500 plus jobs. Over $184 million in capital investment. Arizona is open for business, and we welcome @Nike to our state. https://t.co/ZLPkcs3dkD

“Arizona’s economy is doing just fine without Nike,” Ducey wrote on Twitter. “We don’t need to suck up to companies that consciously denigrate our nation’s history.”

Arizona’s economy is doing just fine without Nike. We don’t need to suck up to companies that consciously denigrate our nation’s history. 8/

He said he’s “embarrassed for Nike,” called its decision “a shameful retreat” and ordered the Arizona Commerce Authority to withdraw a grant of up to $1 million.

Words cannot express my disappointment at this terrible decision. I am embarrassed for Nike. 3/

But Nike will still get more than $2 million in tax breaks from the city of Goodyear, where Nike said it will begin work on the facility later this year and begin making soles in 2020. It will be the third U.S. manufacturing center for Nike Air.

Former NFL quarterback Colin Kaepernick, who has a high-profile endorsement deal with Nike, told the company the Besty Ross flag recalls an era when black people were enslaved and that it has been appropriated by white nationalist groups, a person familiar with the conversation told The Associated Press last week.

The Anti-Defamation League does not include the flag in its database of hate symbols. Mark Pitcavage, a senior research fellow for the ADL’s Center on Extremism, said extremist groups have occasionally used it, but the flag is most commonly used by people for patriotic purposes.

“We view it as essentially an innocuous historical flag,” Pitcavage said. “It’s not a thing in the white supremacist movement.”

Nike said in a statement that “it pulled the shoe based on concerns that it could unintentionally offend and detract from the nation’s patriotic holiday.” The company pushed back against criticism that the decision was being “anti-American.”

Several Republican politicians were quick to condemn the company.

“If we are in a political environment where the American flag has become controversial to Americans, I think we have a problem,” said Sen. Mitch McConnell.

Ducey ordered Arizona to withdraw a grant of up to $1 million that was slated for Nike, said Susan Marie, executive vice president of the Arizona Commerce Authority, which administers the grant. But the governor has no authority over more than $2 million in tax breaks over five years that were approved Monday by the City Council in the Phoenix suburb of Goodyear, where Nike committed to opening a $185 million factory that would employ more than 500 people.

The abandoned shoe sparked a discussion on social media and beyond about the Betsy Ross flag itself.

Lisa Moulder, director of the Betsy Ross House in Philadephia, said she has never heard of the flag being used as a hate symbol.

“Personally, I’ve always seen it as a representation of early America,” Moulder said. “The young nation was not perfect, and it is still not perfect.”