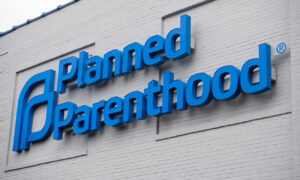 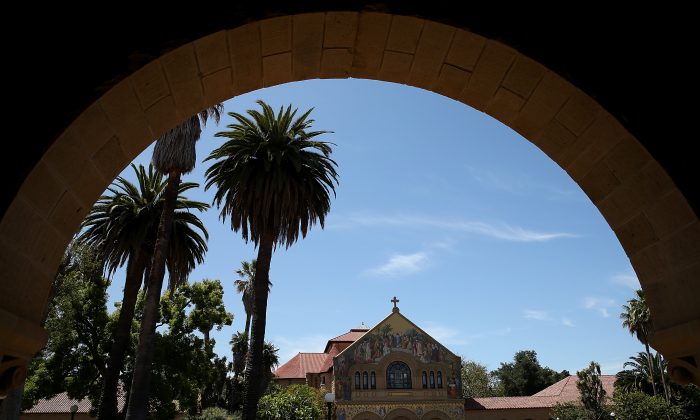 People walk by Memorial Church on the Stanford University campus on May 22, 2014 in Stanford, Calif. (Justin Sullivan/Getty Images)
US

With Knight’s gift and donations from alumni and Stanford’s Board of Trustees members, the Knight-Hennessy Scholars program endowment already has $700 million in funding, and is expected to grow to $750 million, university officials said.

The money will enable 100 students annually, nominated by their undergraduate universities, to receive funding for three years to pursue master’s or doctorate level degrees, or professional programs at Stanford.

“We wanted to create something enduring, that would be unlike anything else currently available to the world’s brightest minds, and that would make the biggest impact possible toward solving global challenges affecting the environment, health, education and human rights,” said Stanford President John Hennessy, who will serve as the program’s director after he steps down as president later this year.

Hennessy came up with the idea for the program and approached Knight about it.

Marc Tessier-Lavigne, who will succeed Hennessy as president, said he greatly admires the vision and ambition of the program.

“As the beneficiary of a Rhodes Scholarship, I can attest to the value of such programs to provide a broad base of knowledge and exposure to a dynamic, international network of peers,” he said.

Knight has long been a supporter of Stanford. In 2006, he made a major gift to Stanford Graduate School of Business and has provided substantial support for endowed professorships and Stanford Athletics. With this most recent gift, Knight wanted to honor Hennessy’s 16-year tenure leading Stanford.

“John and I dream of a future 20, 30 or 50 years from now, when thousands of graduates – who can think outside the box as skilled problem-solvers – will be working together for a more peaceful, habitable world,” said Knight.

Stanford will begin accepting applications in summer 2017 and admit its first scholars for fall 2018.