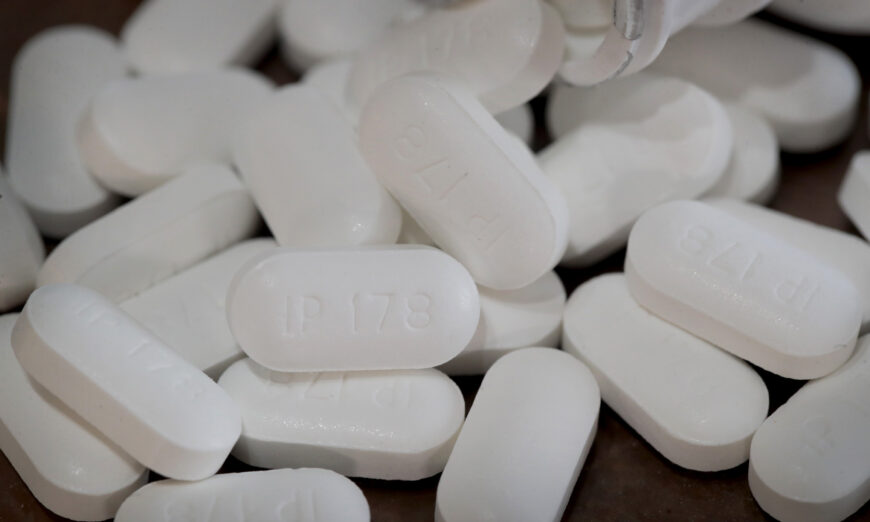 A U.S. panel is advising against using a medicine typically used against diabetes to treat COVID-19, despite multiple studies finding the medicine can be effective against the new illness.

The National Institutes of Health (NIH) COVID-19 Treatment Guidelines Panel on Dec. 1 announced it was recommending that patients not receive metformin, the antidiabetic drug, unless they’re in clinical trials.

While data from observational studies “have suggested that patients who were receiving metformin as treatment for diabetes at the time of their COVID-19 diagnosis had a lower risk of progressing to severe COVID-19,” the panel said, randomized controlled trials found no benefit for metformin in patients who are not in hospitals.

“The Panel’s recommendations are based on the results of these trials,” the panel said.

Metformin, also known as Glucophage, is approved by the U.S. Food and Drug Administration (FDA) for the treatment of diabetes.

Drugs approved by the FDA are able to be utilized for different purposes in a process known as off-label administration.

One of the trials cited by the panel, known as COVID-OUT, examined metformin, ivermectin, and fluvoxamine against COVID-19.

None of the drugs had a significant impact on low oxygen, visits to an emergency department or hospital, or death, researchers said.

Participants needed to be between the ages of 30 to 85 years, have a body-mass index linked with being overweight or obese, proof of infection within the past three days, and showing symptoms.

The 1,431 participants were divided into six groups receiving various combinations of the drugs or a drug and placebo, with one group receiving only placebo.

The primary endpoint was severe COVID-19 through 14 days, with secondary endpoints including symptom severity.

Adjusted odds indicated that metformin performed well against all endpoints, excluding death, because there were no deaths in the metformin groups or the placebo group.

“A possible benefit for the prevention of the more severe components of the primary end point (emergency department visit, hospitalization, or death) was shown for metformin. However, this finding was a prespecified secondary end point and thus cannot be considered to be definitive pending the results of other trials,” the researchers said.

“Our trial suggests that metformin may reduce the likelihood of needing to go to the emergency room or be hospitalized for COVID-19,” Dr. Carolyn Bramante, an assistant professor at the University of Minnesota Medical School and one of the authors, said in a statement.

Their paper was published by the New England Journal of Medicine. It was conducted by researchers from multiple institutions, including Northwestern University, and funded by the Parsemus Foundation and other parties.

One trial, known as TOGETHER, was completed in December 2021. It enrolled 418 people over the age of 50 unless people had a known risk factor for severe disease, such as heart disease.

The primary endpoint was hospitalization, with secondary outcomes including worsening on the World Health Organization’s clinical scale.

“We found no significant effect of metformin vs. placebo as an early treatment in a community setting for COVID-19 in reducing hospitalizations,” researchers said, adding later, “We similarly observed no benefit for the use of metformin on any measured secondary outcomes in our trial.”

The paper was published by The Lancet and was conducted by researchers in Brazil. It was funded by FastGrants and The Rainwater Foundation.

Some other studies have identified positive results against COVID-19.

They include a January 2021 paper that linked metformin with a decrease in death in COVID-19 patients with diabetes.

“These results suggest that while diabetes is an independent risk factor for COVID-19-related mortality, this risk is dramatically reduced in subjects taking metformin prior to diagnosis of COVID-19, raising the possibility that metformin may provide a protective approach in this high risk population,” researchers with the University of Alabama at Birmingham said after reviewing electronic healthcare records from the hospital.

Researchers in Turkey, also in 2021, found that metformin usage prior to admission to hospitals was linked with a reduction in all-cause mortality.

“This effect starts from the in-hospital period and becomes more significant with the post-discharge period. The main limitations were the inability to evaluate the compliance with metformin and the effects of other medications due to retrospective nature,” the researchers said.

Another observational study, conducted by researchers in Spain and just published, found that metformin lowered the risk of hospitalization and death for COVID-19 patients.

“We cannot distinguish if better outcomes are related with the antidiabetic therapy or with other factors, such as metabolic control or interventions applied during the hospital admission,” the researchers said.

The positive association may stem from metformin having an anti-inflammatory effect, researchers with the University of California San Diego School of Medicine said in 2021 after studying the drug in mice.