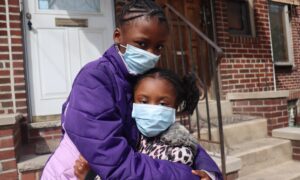 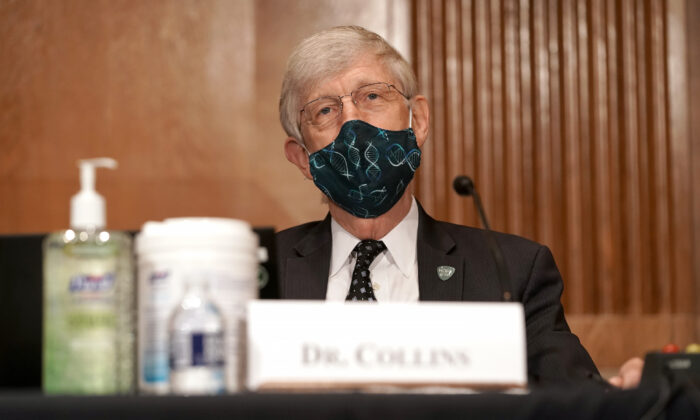 Dr. Francis Collins, director of the National Institutes of Health (NIH), said Wednesday that given the relative lack of certainty about the protection provided by COVID-19 vaccines, it is better to go overboard on masking up than not do enough to help curb the spread of the CCP (Chinese Communist Party) virus.

Collins made the remarks in an interview on Fox Business Network’s “Cavuto: Coast to Coast,” in which he said getting a vaccine may provide people with a false sense of security.

He said that, even after people have been vaccinated, “we don’t know exactly whether it’s still possible for that person to carry the virus. It might be, and until we have better data, then masks are still important.”

Wearing masks helps minimize asymptomatic spread more generally, he said, as people may be infected with the virus but have no idea as they have no symptoms.

“The only way we’re going to keep such individuals, and it might be any of us, from spreading this is if they’re careful about wearing that mask. It’s not about protecting themselves as much as it is protecting everybody from them,” Collins said.

He acknowledged the drudgery of mask-wearing, but urged people to do it regardless of their level of comfort.

“I know people are tired of them. I’m tired of them too,” he said. “But, at the same time, it’s a simple measure. It’s a life-saving medical device. Just put it on. Even if we’re overdoing it, that’s fine. Better that than run the risk of infecting more people.”

The COVID-19 vaccines are still relatively new, and researchers have not yet been able to study how long the protection they provide can last, Collins wrote in a recent blog post that explored the issue of how protective a single dose is.  Health officials recommend that, with both Pfizer’s and Moderna’s vaccines, people get two doses. But a recent study that Collins cited suggests that people who have already had COVID-19 may have an immune response following a single dose that is equal to—or even greater—than after the second dose. The findings are preliminary and the study has not yet been peer reviewed.

“For now, the most important thing all of us can all do to get this terrible pandemic under control is to follow the 3 W’s—wear our masks, wash our hands, watch our distance from others—and roll up our sleeves for the vaccine as soon as it’s available to us,” Collins wrote.

Earlier this week, in an interview with “Axios on HBO,” Collins lamented that mask-wearing had become a political hot potato.

“The evidence was pretty compelling by last March or April that uniform wearing of masks would reduce transmission of this disease. And yet, with a variety of messages through a variety of sources, mask wearing became a statement about your political party or an invasion of your personal freedom,” he said.

A mask “is nothing more than a life-saving medical device, and yet it got categorized in all sorts of other ways that were not factual, not scientific and, frankly, dangerous,” he said, arguing that politicization of mask-wearing may have accelerated the spread of COVID-19 and so contributed to the deaths of “tens of thousands.”