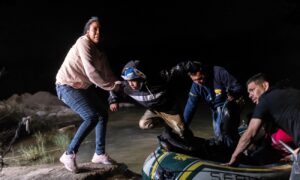 If raucous children and armrest hogs are your idea of a nightmare flight neighbor, you haven’t heard Jessie Char’s story.

Char was in luck when she discovered that her entire row of seats was empty on a JetBlue flight from Long Beach to San Francisco on July 18.

But then things got weird.

“You guys will never guess what happened,” she wrote on Twitter.

A female passenger one row back from Char placed her feet on the armrest in Char’s row.

“I had to put my phone away when we took off and couldn’t update until I landed,” Char told People.com. “But just a few minutes after takeoff is when the feet emerged.”

The armrest violator was a short woman in her 40s. The plane had extended legroom seating, so it seemed to Char there was no way the woman needed the extra space.

But the worst was yet to come.

“Then she opened the window [shade] with her foot,” said Char. “And that was one of the weirdest things I’ve ever seen.”

“I would have said something but I was in literal shock,” Char told Time.com. “I think I needed another human with me in the moment to reassure me I wasn’t just seeing things.”

The feet floated in Char’s row for about 10 minutes, before retreating at the sight of a flight attendant.

“I was going to tell a flight attendant, but then I was like let this one fly and post it on the Internet,” she said. “I just hope this dissuades people from doing it in the future.”