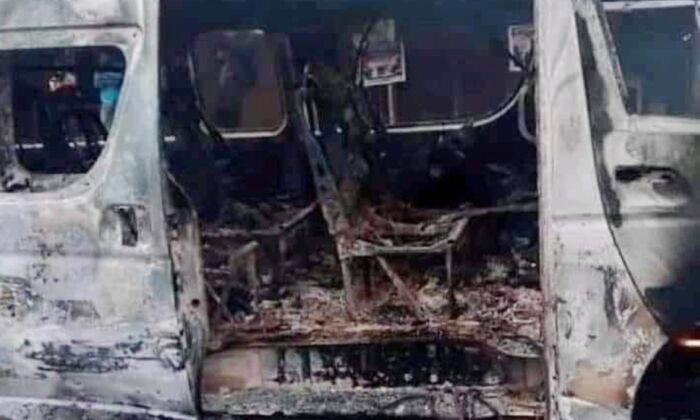 A bus that was ambushed by bandits in Sokoto State, Nigeria on Dec. 6, 2021. (Jabeer Aliyu)
Africa

By Mansur I. Buhari 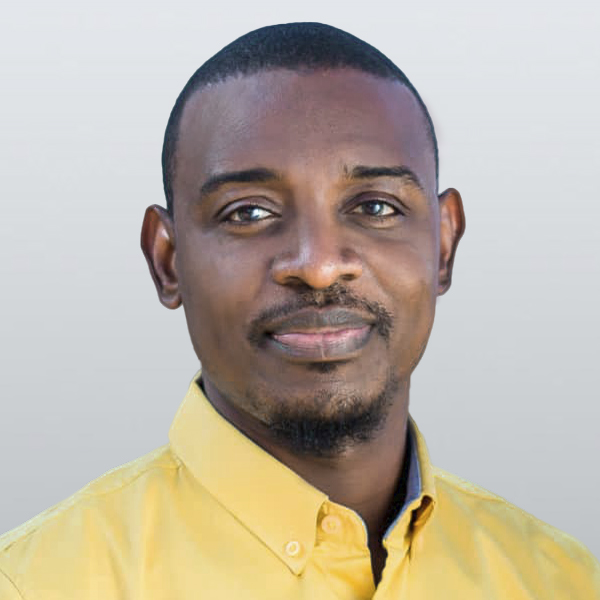 Mansur I. Buhari
Mansur Isah Buhari is chief editorial advisor to The Daily Star Nigeria newspaper (DailyStarNG.com) and a lecturer in the Department of English and Literary Studies of the Usmanu Danfodiyo University Sokoto.
View profile
Follow
and Masara Kim

Radicalized bandits in Nigeria’s far-north state of Sokoto have unleashed a reign of terror on three counties close to the state’s border with the Republic of Niger. On Dec. 6, at least 50 unarmed civilians were slain, most of them attempting to flee to a safer region.

In recent months, bandits have killed as many as 120 local residents in a single day.

A commercial bus carrying 40 terrified residents from Isa County toward the town of Shinkafi was ambushed by bandits on the evening of Dec. 6 and burst into flames, incinerating 23, and killing six more who have perished from burns since then. Several other residents were killed in bandit attacks in nearby villages, local residents told The Epoch Times.

“My 10-month-old baby was burned to death while strapped to my back, as well as my three daughters,” said a traumatized Shafa’atu Adamu, a 48-year-old mother of four, who died Dec. 10 at a Sokoto hospital.

“Nine of my family members were burned to death,” Adamu told The Epoch Times. “My mother, my niece, my nephew, my immediate younger brother, and my maternal uncle were all burned to death in the bus,” she said, speaking with difficulty because of the severe burns she sustained in the attack.

Adamu, a housewife, was traveling to see a hospitalized relative in neighboring Kaduna state when they were attacked 50 miles from Sokoto, the capital of Sokoto state. In an interview with The Epoch Times at the Usmanu Danfodiyo University Teaching Hospital in Sokoto, where she was being treated, Adamu recalled seeing armed men jump in front of them as their vehicle was bogged down at a speed bump near the town of Gidan Bawa.

The farming town borders Sabon Birni and Isa counties, both of which have seen dozens of attacks in recent months.

“I was talking to one of my daughters when suddenly gunmen appeared and started shooting at our vehicle. The bus somersaulted, and I just found myself on the ground with burns,” she said.

The Sokoto-bound vehicle burst into flames after flipping, said another survivor, Ibrahim Likiyu, who said he “crawled” out of the flames to escape into nearby bushes.

“My trouser was on fire, but I managed to come out,” he told The Epoch Times. “I ran into the bushes with some children while the bandits shot after us.”

Criminal bandit gangs began forming in Zamfara state in 2011, and today have dozens of major criminal networks based in that state alone, according to Dr. Murtala Rufa’i, a bandit researcher in Sokoto. The bandits in five northwestern states number approximately 10,000, yet there may be as many as 30,000 in all states, according to James Barnett, a research fellow at The Hudson Institute.

The bandits responsible for the bus attack are directed by a 33-year-old criminal warlord named Bello Turji, according to local residents. He is believed to command 2,500 fighters spread out over Sokoto and Zamfara states.

Military authorities recently closed the markets in Sabon Birni that the bandit brigades use for food and supplies. Local residents believe the bloody attacks are intended to punish residents for cooperating with authorities. Turji’s bandits are known to terrorize the people in three counties of Sokoto with kidnap-for-ransom, mass rape, massacres, and cattle rustling, Rufa’i said.

Accounts vary as to the number of deaths following last week’s attack. Local officials said that a total of 23 people died, while six others suffered “minor injuries.” But Idris Gobir, a former chairman of Sabon Birni, told The Epoch Times that 30 people were killed at the scene.

“Twenty-three people were burned to death, while seven others were shot while trying to escape,” Gobir said in a phone call. “The bandits went ahead and killed five people in the surrounding villages barely minutes after that attack,” and an additional six victims died from their burns, including Adamu.

The bandits killed nine more people over the next three days in separate attacks in Sabon Birni and adjacent villages, even shortly after Gov. Aminu Tambuwal’s personal visit to the town on Dec. 9. A few hours after the governor offered his condolences to bereaved residents in the town, ransom-seeking gunmen attacked the neighboring Kurawa village, killing one, Gobir said.

“In their usual style, they came in the evening, killed one person, and abducted four. Later, they released one and asked him to go and tell the community leaders to mobilize a levy of N4 million [$8,800], that is, N1 million for each of the four kidnapped, including the one they sent to pass the message. And that was what they did before they were released,” Gobir said, noting that the military didn’t intervene during the attack, which lasted two hours.

Similar accounts were recounted by survivors of another deadly attack in the town of Birjingo in nearby Goronyo County on Dec. 10.

The terrorists attack on a daily basis and have occupied close to 200 towns in four counties to the east of Sokoto, according to Gobir. The Epoch Times in November reported that the terrorists were capturing towns and setting up their own governments in Sabon Birni. Gobir said on Dec. 10 that more villages had been lost to the bandits since The Epoch Times report. The bandits have demanded and collected “levies” on 137 communities in the four counties, according to an investigation by The Daily Star Nigeria.

“Even yesterday, five villages in Sabon Birni vacated, and these bandits are definitely going to take over,” Gobir said on Dec. 9. “Rambadawa, Garin Idi, Nasarawa, Tudun Wada, and Dan Gari [towns] completely evacuated yesterday, apart from almost 200 villages that have been taken over by these people,” he said, noting that the bandits convert schools and hospitals in the captured towns into terrorist camps.

“For instance, in Gidan Bawa, where they attacked those travelers, the schools and clinics in that village are now their base. In Tashan Bagaruwa, it’s the same thing. Satiru [town] is like their divisional headquarters. In Dama, where they attacked a military base last two months or so, they are also using schools and clinics, and I have personally written to the military authorities informing them about all these developments, but I am getting fed up because nothing is being done,” Gobir said.

President Muhammadu Buhari has condemned the attack of Dec. 6 but hasn’t announced any additional military or police interventions.

Sabon Birni leaders appealed to Buhari for reinforcements in a letter on Dec. 7, in which they said they “felt scandalised, traumatised and demoralised by the constant butchering” of their people by the terrorist groups operating in three local governments in Sokoto East Senatorial districts: Isa, Sabon Birni, and Goronyo as well as the Shinkafi local government in Zamfara.

“Your Excellency, we have earlier on written a similar complaint after a gory incident that occurred [on May 22, 2020] at Garki Village, 5 kilometres away from Sabo Birni, where over 80 people were gruesomely murdered in cold blood in a single night,” the letter reads.

“At that time we were so awestruck that we hardly had time to bury the dead bodies when the murderous terrorists struck again in another village about 10 kilometres away from there, known as Dakwaro, followed in quick succession by Gajit, Lajinge, Tarah, Unguwar Lalle, Kurawa, Gangara, Garin Idi and virtually every village around the axis leaving behind in their trail blood, tears, smoke, ashes and shuttered farmlands.”

A similar attack in nearby Goronyo County on Oct. 17 killed 120 people, according to officials. The attack at a popular market in the heavily guarded county seat may have left as many as 200 people dead, according to The Daily Star.

Mansur I. Buhari
Follow
Mansur Isah Buhari is chief editorial advisor to The Daily Star Nigeria newspaper (DailyStarNG.com) and a lecturer in the Department of English and Literary Studies of the Usmanu Danfodiyo University Sokoto.