Turkish Representative to Taiwan: 'This show is famous!'
0 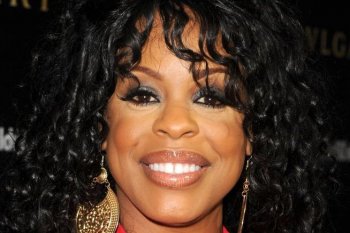 Actress Niecy Nash arrives at the Bvlgari private event honoring Simon Fuller and Paul Haggis to benefit Save The Children and Artists For Peace and Justice at the home of Ron Burkle on January 13, 2011 in Beverly Hills, California. (Jason Merritt/Getty Images)
Entertainment

By Helena Zhu
Print
Niecy Nash, the Clean House star and 10th-season Dancing with the Stars contestant, announced on her official Twitter page that she will wed her fiancee Jay Tucker in late May.

The couple’s wedding and planning—including finding a dress and the venue—will be broadcast in a two-hour special on TLC.

“Excited! @TLC will be filming while I plan my wedding and get married! Happy u all can enjoy this journey with me,” Nash, 40, tweeted on Monday, Jan. 31.

The actress and reality TV personality said that she told Tucker, an electrical engineer, that she would like to have their wedding aired as a way to thank her fans and share the experience with them.

"I want them to know at the end of the day [that] love is possible a second sometimes even a third time around. You can get another chance,” she told People magazine.

The View’s Sherri Shepherd and The Game’s Wendy Raquel Robinson will be bridesmaids. Sheryl Lee Ralph will be the matron of honor, according to the magazine.

Nash announced her engagement to Tucker in September on her website.