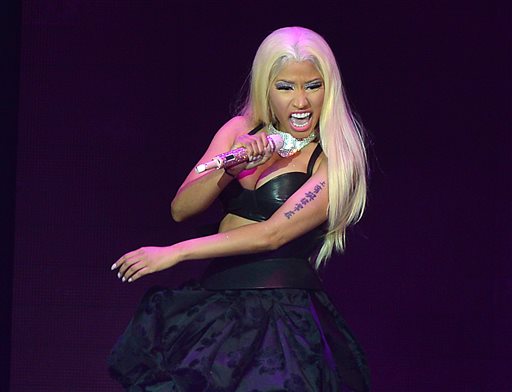 Nicki Minaj most likely doesn’t have HIV, but a slew of users on Twitter want you to think that she does.

The users posted the “#pray4nicki” hashtag in each post, reading something like this: “Nicki Minaj, 30, diagnosed with HIV/Aids’ via @BBCBreaking PLEASE RT IF YOU HAVE A HEART @1DWhereAbout.”

“So nicki minaj was just diagnosed with HIV. please show some love and support for this great artist! #pray4nicki,” reads another.

And the BBC Breaking Twitter account, and accounts belonging to TMZ and other websites did not say anything about her getting HIV.

No other media entities reported it, either.

On Friday evening at around 8 p.m. EST, Minaj wrote on Twitter: “Re-post @britneyspears. Had the pleasure of working with both of these wonderful women. Happy Bday…”

She didn’t mention anything about HIV.

Several years ago, rumors spread about singer Justin Bieber dying on Twitter, but that obviously turned out to be a hoax. There have also been a number of false death reports, DUI reports, and other reports from fake TMZ Twitter accounts.

However, what is different about the Minaj-HIV hoax, is that it appears to be a coordinated effort by a number of people, meaning that a website like 4chan.org, which has spread rumors about celebrities in the past, could be behind it. But there appear to be no Nicki Minaj threads currently on the website’s most notorious /b/ subsection.

A number of the Twitter accounts posting Minaj-HIV messages have few followers and appear to be recently created.

So until a publicist, a credible media report, or Minaj herself says she has HIV, it’s probably best not to retweet it.