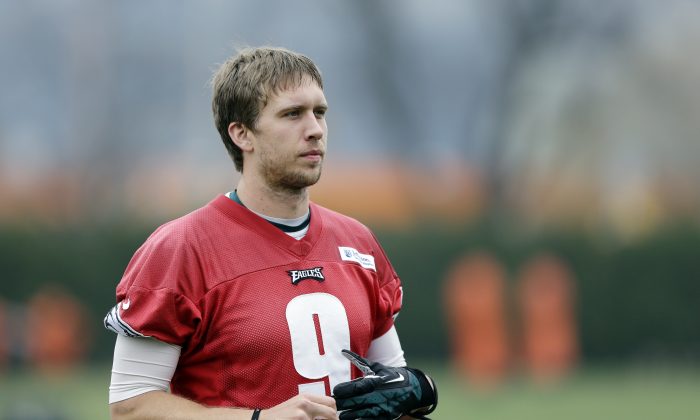 Nick Foles, the quarterback for the Philadelphia Eagles, threw his first interception this season against the Detroit Lions.

Foles had thrown 19 interceptions this season with no picks until Sunday.

Both teams were playing in white-out snow conditions in Philadelphia.

Foles is the starter for the Eagles after Michael Vick got injured earlier this year.