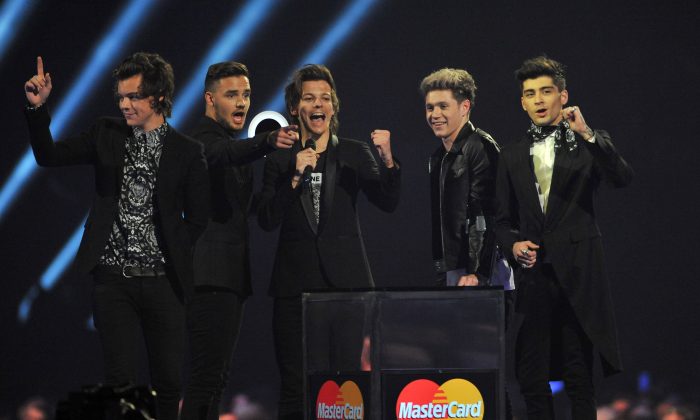 At The Niall Horan Charity Football Challenge at King Power Stadium in Leicester, the One Direction boys convened for an exciting match of football (in Europe this term is used to describe soccer).

At the match on Monday, May 26, 2014, Horan and band member Harry Styles showed off their soccer skills and Styles scored a goal for the team. The One Direction team including Horan, Styles, Louis Tomlinson, and Liam Payne played against former Derby County captain Robbie Savage’s team. Zayn Malik watched on the bleachers.

According to Ticketmaster, where the tickets for the match were getting sold, the One Direction singer and lifetime Derby County supporter Horan traded sold out music stadiums for the match which is the home of Leicester City Football Club.

“All proceeds from the match will go to Mullingar based charity, Irish Autism Action (IAA) and UK Heart and Minds Challenge,” the description read.