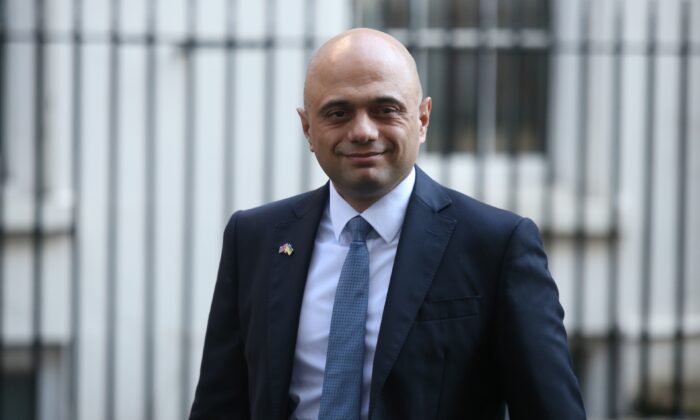 NHS to Have Fewer Diversity Roles in Major Management Overhaul

There will be fewer diversity-focused roles in NHS England, Health Secretary Sajid Javid said on Wednesday as he announced a major management shakeup in the public health system.

Javid said the government “must spend every penny with care” when voters are feeling the cost of living pressure, but Labour’s shadow health secretary Wes Streeting accused the government of “throwing red meat” to Conservative backbenchers amid Prime Minister Boris Johnson’s leadership crisis.

Javid was speaking in Parliament about what he called a “once in a generation shakeup of management, leadership, and training” in the NHS after an independent review found “institutional inadequacy in the way that leadership or management is trained, developed, and valued.”

One of the seven recommendations of the review was NHS should take action to “improve equality, diversity, and inclusion (EDI), including embedding inclusive leadership practice as the responsibility of all leaders, committing to promoting equal opportunity and fairness standards, more stringently enforcing existing measures to improve equal opportunities and fairness, and enhancing [care watchdog Care Quality Commission’s] role in ensuring improvement in EDI outcomes.”

While accepting the recommendation, Javid told MPs this will not translate into more people working in diversity, but the opposite.

“In my view, there are already too many of these roles. And at a time when our constituents are facing some real pressures around the cost of living, we must spend every penny with care.”

The health secretary said it should be “everyone’s responsibility” to promote fairness and equal opportunities at work instead of “farming out” the job to a specific group of managers.

Commenting on the point in Javid’s statement, Streeting said NHS leadership “still doesn’t represent the diversity of the population it serves.”

Insinuating Javid was trying to satisfy conservative backbenchers after the prime minister survived a vote of confidence in his leadership where 41 percent voted against him, the shadow health secretary said he’d like to hear specific plans to improve equality, diversity, and inclusion “instead of throwing red meat to his own back benches, for reasons I think will probably be obvious to everyone.”

Messenger, former vice chief of the defence staff who led the Royal Marines in the invasion of Iraq, was drafted in October last year to review NHS leadership to ensure the investment in the public care system is well spent.

Messenger’s report also recommended the development of consistent management standards through accredited training and clear routes to progression and promotion to ensure a “strong pipeline of future talent.”

It also calls for support and incentives for the best leaders and managers to take on the most difficult roles so they are seen as “the best jobs rather than the most feared jobs.”

Messenger said he believed the recommendations could transform leadership in the sector.

“A well-led, motivated, valued, collaborative, inclusive, resilient workforce is the key to better patient and public health outcomes, and must be a priority,” he said.

“This must be the goal and I believe our recommendations have the potential to transform health and social care leadership and management to that end.”

Streeting also called the recommendations “sensible” and said he’s “pleased” that the government has “committed to implementing them.”