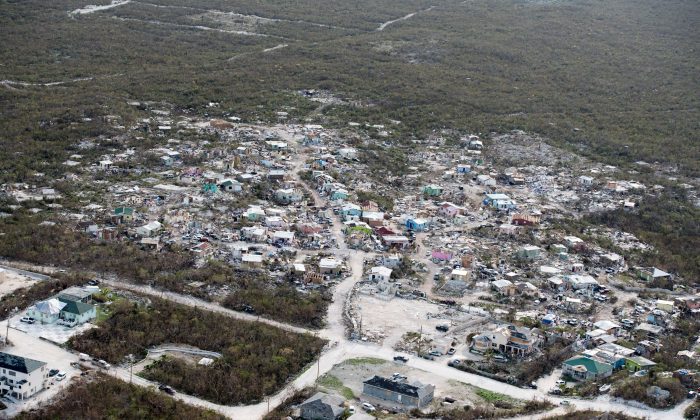 An aireal view shows damage after hurricane Irma passed over Providenciales on the Turks and Caicos Islands, September 11, 2017. (Cpl Darren Legg RLC/Ministry of Defence handout via REUTERS)
US

Irma, which hit Florida as a Category 4 hurricane on Sunday morning, has been downgraded to a post-tropical cyclone, according to the U.S. National Hurricane Center.

It will bring heavy rain to the Lower Mississippi Valley and the Tennessee Valley.

Flood and coastal flood warnings are in effect across portions of Florida, the agency stated.

On Tuesday, power was restored to more than 2 million customers in Florida, the Florida Power & Light Co. said, ABC News reported. However, some 4.4 million homes and businesses remain without power, the utility said.

Irma killed 43 people in its rampage through the Caribbean before killing at least 11 in Florida, Georgia, and South Carolina, Reuters reported.

“This is going to be a frustrating event. It’s going to take some time to let people back into their homes particularly in the Florida Keys,” said Brock Long, administrator of the Federal Emergency Management Agency.

In the Florida Keys, some 25 percent of homes were destroyed, and another 65 percent suffered “major damage,” Long told the New York Times. “Basically every house in the Keys was impacted in some way or another,” he said.

Meanwhile, about 94,000 people remain in shelters across Florida.