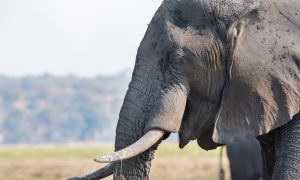 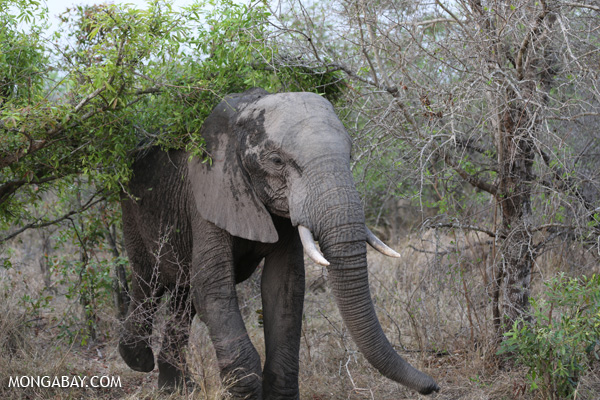 NGOs Call for US Sanctions for Poaching

Two prominent NGOs—the Environmental Investigation Agency (EIA) and the International Rhino Foundation (IRF)—are petitioning the U.S government to slap Mozambique with trade sanctions due to the country’s role in regional poaching. The groups contend that Mozambique has done little to combat both its own poaching epidemic or stop its nationals from spilling over the border to kill rhinos and elephants in South Africa and Tanzania.

“Trade sanctions are urgently needed to persuade the government of Mozambique to enact a comprehensive crackdown on the poaching gangs and the criminal syndicates that arm and fund the poachers,” said Allan Thornton, the president of the EIA.

When it comes to rhinos, the worst poaching in the world is occurring in South Africa, which last year saw 1,004 rhinos butchered by poachers—and this year looks no better to date. Yet many of the poaching incidents in South Africa are believed to be undertaken by Mozambique nationals from just over the border; in fact, the highest number of foreigners arrested in South Africa for poaching are from Mozambique.

The groups also say that Mozambique’s elephants are suffering under incredible poaching rates, with three to four elephants killed daily in Niassa National Reserve. The park has lost 55 percent of its elephants in just five years: 11,000 dead. Reportedly, Mozambique poaching gangs are now targeting elephants in South Africa and Tanzania.

Since the mid-2000s elephant poaching has risen dramatically. It’s estimated that at least 20,000 elephants were killed by poachers last year in Africa. Ivory is then smuggled abroad, the bulk of it heading to East Asia, though illegal buyers are also still found in the U.S. and EU.

Rhino horn is smuggled to far fewer places, but where it goes—such as China and Vietnam—demand is huge. Powdered rhino horn is believed to be a curative to a number of ailments, but in fact scientific research has shown no medicinal benefits from taking rhino horn.

NGOs contend that Mozambique is not only doing little to tackle the problem, but that some of its police and military may be involved in the carnage. Many of the weapons used in the poaching incidents are only available to military and police, while official uniforms have been discovered in poaching camps. Given these issues, the NGOs contend that Mozambique is not meeting its treaty obligations under the Convention on International Trade in Endangered Species of Wild Fauna and Flora (CITES).

Trade sanctions from the U.S. is one possible response by the Obama Administration, since the Pelly Amendment of the U.S. Fishermen’s Protective Act—enacted in 1952—allows the federal government to impose sanctions on any country that is undermining international conservation agreements.

“Many of the crime syndicates have moved their base of operation from South Africa to Mozambique, where they are able to act with impunity,” noted Susie Ellis, executive director of IRF. “Mozambican poachers are highly organized and are slaughtering rhinos and elephants on a daily basis, while the Mozambican government turns a blind eye.”

Conservationists say that if the U.S. imposed trade sanctions on Mozambique it would force the country to begin cracking down on the slaughter.