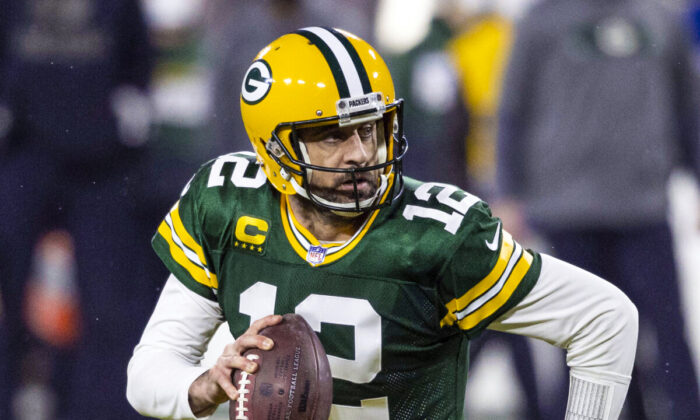 As most ordinary people recognize, Joe Rogan’s podcast is contributing more substantive journalism than most opinion columnists and blue-check pundits featured in outlets such as CNN, The New York Times, The Washington Post, and MSNBC. His discussions last week with Mark Zuckerberg and journalist Alex Berenson alone revealed many gems about our prospective future regarding COVID-19, mass vaccination, social media, and the gradual societal integration of virtual reality.

However, (as an avid listener of Joe Rogan) what struck me the most from his show was NFL player Aaron Rodgers’ appearance on Saturday where he recounted his shocking experiences of being treated as a second-class citizen on the elite stage of professional sports. Because of his personal medical decision to not get the COVID-19 vaccine, he experienced great ostracization, exclusion, and league pressure to conform to the draconian new rules surrounding player vaccination.

What science justifies this level of discrimination? If the players are (thankfully) allowed to practice and play on the field together, what good does separating them during team workouts do? Or allowing some players on the road to attend concerts, comedy shows, and restaurants of their choosing but banning others from doing so?

Many of these nonsensical policies were founded on fundamental untruths about COVID-19, such as the vaccine effectively curbing transmission.

Last August, as Rodgers explained, when he told the league he wasn’t vaccinated, he was informed he was endangering other people and posed a serious threat.

The press of course treated Rodgers like an anti-vaxx quack peddling junk science when his vaccination status leaked to the public. “Anti-vaxxer Aaron Rodgers’ spectacular fall from grace happened in record time,” one headline in The Guardian stated.

“There was a reporter out of Chicago who said I’m the biggest jerk in the league and he wouldn’t vote for me for MVP because of my vax status,” Rodgers recounted on The Joe Rogan Experience.

Aziz Ansari—one of the most talented comedians and screenwriters in Hollywood (creator and lead of the riveting series “Master of None” on Netflix)—bashed Rodgers in his latest Netflix comedy special.

“Calm down! He’s a football player. He read some articles. He got skeptical. He did some research. Are you stunned he came to the wrong conclusion?” Ansari joked. He went on: “It’s like we’re all in high school and we’re making fun of the quarterback for doing bad on the science test. … This guy makes a living getting hit in the head. Can we cut him a break?”

The Aaron Rodgers saga publicly exemplifies the dehumanizing treatment that the unvaccinated have suffered over the past two years. For every nasty article written on Rodgers, there were thousands of unvaccinated people who were mocked, derided, and defriended by life-long friends, family members, and neighbors.

In a moment of remarkable vulnerability, Alex Berenson told Rogan in their recent conversation that the worst part of the pandemic for him was losing some of his closest friends (which he said he only had a few of) because of his contrarian COVID-19 reporting.

In the end, celebrity athletes like Rodgers and contrarian media voices like Berenson making millions every year on Substack are not the most disaffected victims. Those who lost their jobs, went broke, plunged into depression and isolation, and faced social ostracism at every corner in a suddenly abusive campaign to end the supposed “pandemic of the unvaccinated” are owed an apology for being wrongly maligned and systemically discriminated against. A failure to do so would be inhumane.