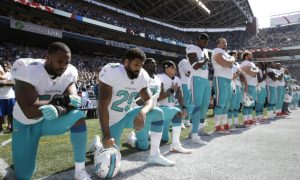 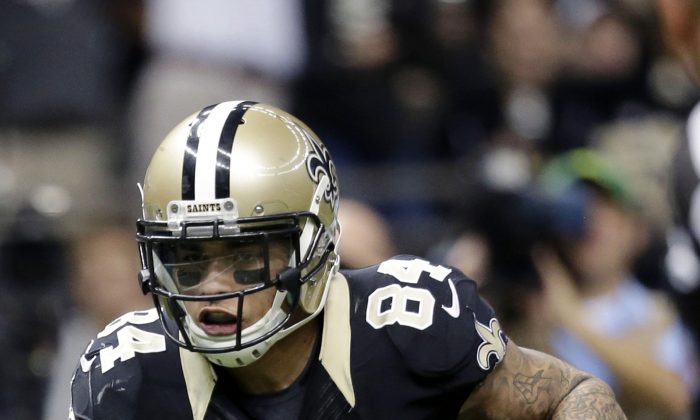 The Houston Texans have acquired NFL star Kenny Stills in a tradeoff. The wide receiver was sent packing by the Miami Dolphins, amid a dispute with its head over hosting President Donald Trump’s fundraiser last month.

The Miami Dolphins will reportedly receive two first-round picks, one second-round pick as well as some additional pieces in exchange for the two players, according to Yahoo Sports.

The move comes amid an ongoing dispute between Stills and the Miami Dolphin’s owner Stephen Ross, over Ross’s decision to host a fundraiser for President Trump’s re-election campaign.

Last month, Stills lashed out at his boss in a social media post over his support of Trump. The 27-year-old argued that hosting the fundraiser would go against the ethos of the nonprofit group that Ross founded.

The group, named RISE, “educates and empowers the sports community to eliminate racial discrimination, champion social justice and improve race relations,” according to its website.

🤔 You can’t have a non profit with this mission statement then open your doors to Trump. https://t.co/sNBWfEXvLn pic.twitter.com/nNkRf2wJep

“You can’t have a non-profit with this mission statement then open your doors to Trump,” Stills tweeted on Aug. 7.

The fundraiser, which was held in The Hamptons last month, featured tickets costing $100,000. Included were lunch and a photo op. with Trump. A $250,000 package included a private roundtable discussion with the U.S. president.

The fundraiser, combined with another event, raised $12 million.

A week after Stills criticized his boss on Twitter, he told the Palm Beach Post the pair had “agreed to disagree.”

“There’s not much to argue about,” he said. “He has his feelings about it, and he stands firm in that, and I respect that. But I disagree, and I told him there’s no hard feelings. There’s no beef, and let’s win some games this year.”

He told CNN he had received “five to 10” death threats on social media within a day of his online post aimed at Ross.

“For me, I’m trying to lead by example I’m trying to do the work that I feel like God has placed in my heart to do. If it comes with a little bit of kickback, that’s okay,” he told the outlet.

Stills has gained recent media attention for continuing former NFL quarterback Colin Kaepernick‘s trend of kneeling during the national anthem which plays before every game.

It’s a form of protest against alleged racially-motivated brutality by the police.

Kaepernick praised players Stills and Albert Wilson of the Miami Dolphins and his former teammate Eric Reid after they knelt during a game last month.

My Brothers @E_Reid35 @KSTiLLS @iThinkIsee12 continue to fight for the people, even in the face of death threats. They have never moved past the people and continue to put their beliefs into action. Stay strong Brothers!!! ✊🏾 pic.twitter.com/OQClsZXD5V

He shared pictures of them kneeling on his Twitter page on Aug. 18, writing: “My Brothers continue to fight for the people, even in the face of death threats.

“They have never moved past the people and continue to put their beliefs into action. Stay strong Brothers!!!” he added.

Stills told CNN last month that he and Trump “strongly disagree” on many issues.

“I have never been bashful about expressing my opinions. … I have been and will continue to be, an outspoken champion of racial equality; inclusion; diversity; public education, and environmental sustainability—and I have and will continue to support leaders on both sides of the aisle to address these challenges.”