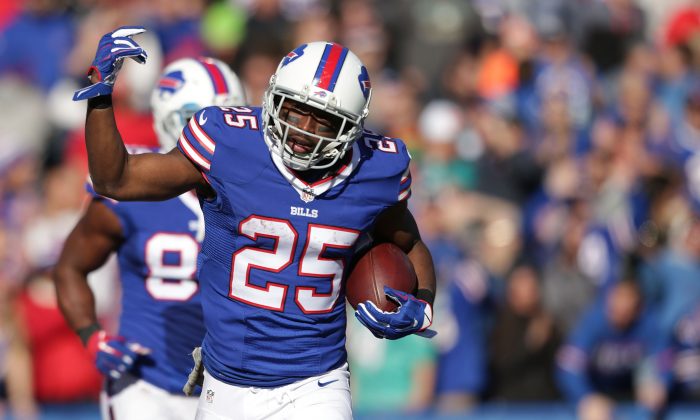 Buffalo Bills running back LeSean “Shady” McCoy was accused of beating his girlfriend, his son, and his dog, according to an Instagram post from the friend of the alleged victim.

“@shadymccoy is THE DEVIL!!!! YOU ARE AN ANIMAL!!!!!! We didn’t say anything about how you beat your dog ‘Henny’ into kidney failure,” the woman wrote on the social media website before the post was removed. “Let’s not talk about all the times my best friend had to stop you from VICIOUSLY beating your son for small things like peeing in the bed. We kept quiet about your drug usage … all the ILLEGAL steroids and needles you were using, but we will not keep quiet about this!!!!!!”

She added: “I can’t believe you did this to my best friend!!!!! YOUR KARMA IS GOING TO BE SO REAL!!!!!! The world needs to know what type of animal you really are!!!!!!! This was just her yesterday on the left and now this morning this is her on the right!!!!”

McCoy, in a statement on Twitter, said the allegations are “totally baseless.”

“For the record, the totally baseless and offensive claims against me today on social media are completely false,” he wrote. “Furthermore, I have not had any direct contact with any of the people involved in months.”

ESPN reported that the NFL is reviewing the matter. Police in Milton, Georgia, said in a statement that they are investigating an early morning home invasion near Atlanta that left an unidentified woman to the hospital with injuries. A second woman was injured in the incident, police said, without elaborating.

“The preliminary investigation indicates that this residence was specifically targeted by the suspect or suspects, and not a random incident,” police said to ESPN. “When officers arrived they found one victim who had been physically assaulted by a lone intruder. During the altercation, the suspect demanded specific items from the victim.”

The photo posted by the friend of his girlfriend was taken down. The friend later claimed was done at the behest of a lawyer.

“I stand by what I said,” the post read. “I’ve personally addressed @leseanmccoy on everything that was stated many many times over the years. Lie to these people if you want shady, but you know I know everything.”

The Buffalo Bills said that they have spoken with McCoy. “We will continue to gather information,” the team added.

A statement from the Buffalo Bills: pic.twitter.com/wfnAgBO94Q