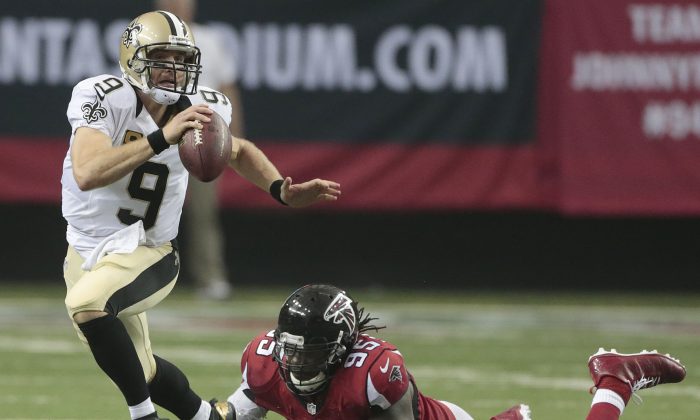 RedZone can be seen here.

NBC can be accessed here.

ESPN can be seen here

ABC can be seen here.

An arrest warrant was issued Friday for star Minnesota Vikings running back Adrian Peterson after he was indicted in Texas on a charge of child abuse for using a branch to spank his son. His team benched him for this weekend’s game against New England.

Peterson’s attorney, Rusty Hardin, said the charge in Montgomery County accuses Peterson of using a switch to spank one of his sons, whose age was not disclosed. Hardin said Peterson has cooperated with authorities and didn’t mean any harm.

“Adrian is a loving father who used his judgment as a parent to discipline his son. He used the same kind of discipline with his child that he experienced as a child growing up in east Texas,” Hardin said. “Adrian has never hidden from what happened. He has cooperated fully with authorities and voluntarily testified before the grand jury for several hours. Adrian will address the charges with the same respect and responsiveness he has brought to this inquiry from its beginning. It is important to remember that Adrian never intended to harm his son and deeply regrets the unintentional injury.”

The Vikings, about an hour after issuing a statement acknowledging the case but deferring questions to Hardin, then said Peterson would be on the inactive list for their home opener against New England.

The allegations came during a week in which the NFL has been under heavy criticism and scrutiny for the way it handled a domestic violence case involving former Baltimore Ravens running back Ray Rice and his then-fiancee. An independent investigation headed by former FBI director Robert Mueller has been convened to look into the handling of the Rice situation. Commissioner Roger Goodell initially suspended Rice for just two games. After a longer version of security video surfaced on Monday revealing Rice’s punch to the face of his now-wife, the Ravens released Rice and the league suspended him indefinitely.

The NFL didn’t immediately respond to a request for comment on Peterson’s situation.

A man who identified himself as Peterson’s uncle, Chris Peterson, answered the door at the running back’s home in Eden Prairie, Minnesota, and said Peterson wasn’t there and that the family had no comment.

Peterson is in his eighth season, all of them with the Vikings. Widely considered the best running back in the league, he has rushed for 10,190 yards and 86 touchdowns in his career. Peterson did not practice on Thursday because of what coach Mike Zimmer called a “veteran day,” allowing experienced players to rest, but Peterson was at the team facility that day and spoke to reporters about the upcoming game against the Patriots.

He returned to practice on Friday and was in the locker room following the workout with the rest of his teammates for lunch. Shortly thereafter, Peterson posted a message on his Twitter account that said in part: “It’s your season! Weapons may form but won’t prosper! God has you covered don’t stress or worry!”

Last season, not long after finding out that he had a 2-year-old son living in South Dakota, Peterson rushed to the hospital after the boy was brutally beaten by his mother’s boyfriend. The boy died, and a 28-year-old man isscheduled to go on trial next month on second-degree murder charges in the case.