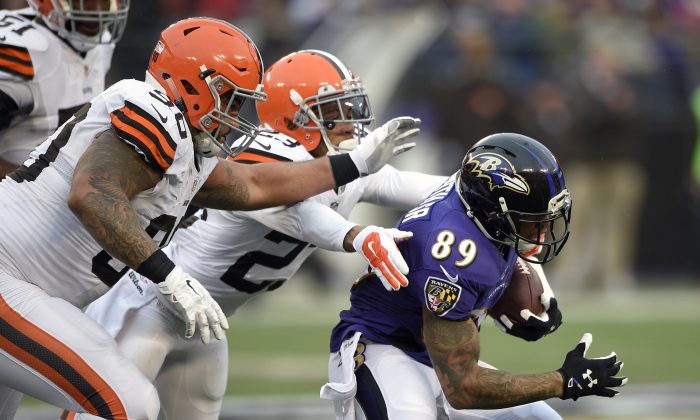 The NFL Playoffs (Wild Card Round) start next week, and here’s some of the dates for next weekend’s games:

1. Seattle Seahawks (12-4) – Get a bye and home-field advantage throughout the playoffs

1. New England Patriots (12-4) – Get a bye and home-field advantage throughout the playoffs

6. Baltimore Ravens (10-6) – Play the winner of the Bengals-Steelers game.

FOXBOROUGH, Mass. (AP) — Their chance for a playoff berth gone, the Buffalo Bills ended the 2014 season with their first winning record in 10 years.

So their 17-9 win over the New England Patriots on Sunday was “bittersweet,” Bills center Eric Wood said, “because you always think what could have been.”

The Bills (9-7) could have had a chance to snap their 14-year playoff drought but were eliminated when they lost to the Oakland Raiders a week earlier.

At least they salvaged a winning record by beating the Patriots (12-4), who rested key players after entering the game with the top seed in the AFC.

“It’s important to some people,” Buffalo coach Doug Marrone said. “There were a lot of lessons that we’ll reflect on. … If we don’t understand that after this season, then all will be lost.”

Quarterback Tom Brady played only the first half and six other starters, including top receivers Julian Edelman and Rob Gronkowski, were inactive.

But Buffalo safety Aaron Williams was proud of the victory against a team that didn’t try its best.

“I don’t want to hear no excuses about who didn’t play, who played,” he said. “They showed up. We showed up. We just were the better team today.”

But the Patriots have home-field advantage throughout the AFC playoffs and Brady predicted they would be just fine once their top players are back on the field.

“I’m not worried about us lacking confidence,” he said. “We’ve got a lot of good players.”

Kyle Orton threw for one touchdown, Anthony Dixon ran for another as the Bills matched their record in 2004.

“We had a winning season but we didn’t go as far as we wanted to,” Bills linebacker Nickell Robey said.

After the game, Patriots coach Bill Belichick met with trainers about his own health.

“I had to spend a few minutes in the training room after the game, nothing serious, just a couple things to look at with the trainers and the doctor,” Belichick said in a conference call after skipping his usual postgame news conference. “It was no big deal. I don’t want to get into it.”

The loss snapped several streaks: Buffalo’s 0-12 record at Gillette Stadium, and New England’s 35 home wins against AFC teams and 16 at home against any opponent.

“We always hate losing,” Brady said. “We didn’t make enough plays to win, but, hopefully, we’ll make them in a couple of weeks.”

With starting offensive linemen Dan Connolly and Sebastian Vollmer also inactive, New England failed to score a touchdown for the first time since the fifth game last season, a 13-6 loss at Cincinnati. Stephen Gostkowski kicked field goals of 24, 44 and 35 yards.

The sellout crowd lacked its usual energy, but cheered when backup quarterback Jimmy Garoppolo took off on several runs.

Brady played all five offensive series in the first half and failed to throw a touchdown pass for the first time this season. He completed 8 of 16 passes for 80 yards and was sacked once.

On his next-to-last possession, he was tackled by Stefan Charles for a 7-yard loss. On his final series, he kept the ball for a 2-yard keeper for a first down then ran for 7 yards before sliding to avoid being hit on the final play.

Orton completed 16 of 23 passes for 176 yards and went over the 3,000 mark in yards passing for the third time in his career.

“Any time you step on the field is important,” Orton said. “It’s great whenever you get a winning season and win the last game against your rival.”

On the game’s first series, he quickly led the Bills on an 80-yard march capped by his 6-yard scoring pass to Robert Woods. He also completed passes of 18 yards to Lee Smith and 43 to Sammy Watkins on the drive.

The teams then exchanged punts before Gostkowski kicked his 24-yarder.