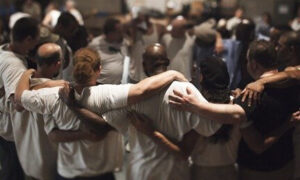 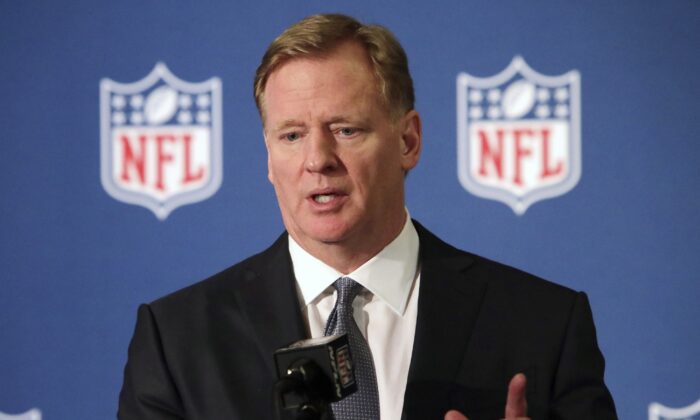 NFL Commissioner Roger Goodell says he expects all 32 clubs to play in front of full stadiums in 2021, after not a single NFL team saw full attendance in last year’s pandemic-stricken season.

Goodell told reporters on March 30 that “all of us in the NFL want to see every one of our fans back” when the season kicks off on Sept. 9.

“Football is simply not the same without the fans,” he said, according to ProFootballTalk, “and we expect to have full stadiums in the 2021 season.”

The NFL chief met earlier on March 30 with league officials during the Annual League Meeting—held virtually due to the pandemic—with much of the focus on vaccines and how to encourage players, coaches, and staff to get the shot, NFL Media’s Judy Battista reported.

NFL Network’s Tom Pelissero described Goodell as taking a “strikingly optimistic tone five months away from kickoff” in raising the prospect of full stadiums this year.

Goodell’s prediction, which assumes further lifting of COVID-19 restrictions on attendance of mass gatherings, ties into optimism around the growing pace of vaccinations in the United States. The Centers for Disease Control and Prevention (CDC) has reported more than 3 million doses administered for three straight days for the first time.

Tempering that optimism, however, is a rise in COVID-19 infections in the United States, with more than 63,000 daily new cases recently reported, based on a seven-day average of Johns Hopkins University data.

The 2019 NFL season saw a total of more than 17 million fans attend games, while pandemic restrictions during the 2020 season cut that to just 1.2 million fans.