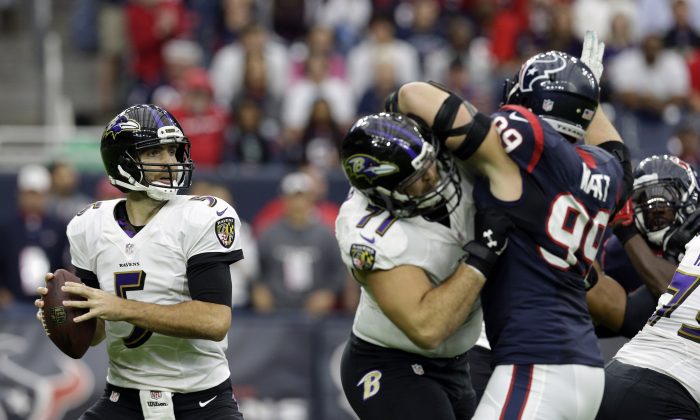 The NFL playoff picture cleared up on Sunday, with the New England Patriots, Denver Broncos, Baltimore Ravens, Pittsburgh Steelers, Indianapolis Colts, and Cincinnati Bengals getting in.

The Baltimore Ravens are now in the playoffs. This came after the San Diego Chargers lost to the Kansas City Chiefs. However, the Chiefs and the Houston Texans are out–despite winning.

The fifth spot in the AFC playoffs will be determined during the Cincinnati Bengals-Pittsburgh Steelers game on Sunday night.

1. New England Patriots (12-4) – Get a bye and home-field advantage throughout the playoffs

6. Baltimore Ravens (10-6) – Play the winner of the Bengals-Steelers game.