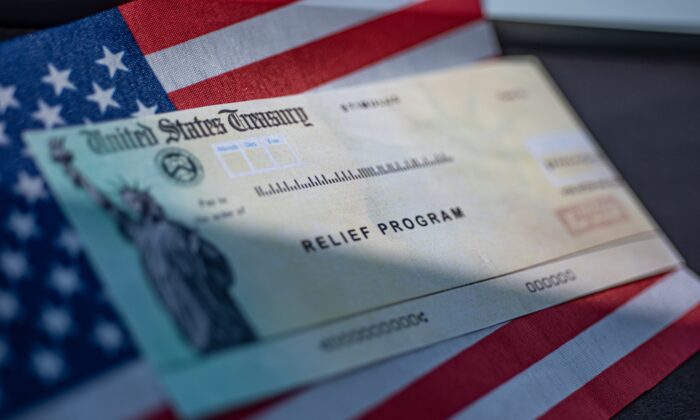 Next Wave of Stimulus Checks Coming, Even With Inflation Nearing 40-Year High

Multiple states will soon be sending out stimulus checks and other financial relief, a decision that some believe will make the 40-year-high inflation even worse.

In California, individuals will get up to $1,050 between October 2022 and January 2023 as inflation relief checks based on their tax filing status and income.

In Georgia, taxpayers can get anywhere from $250 to $500, according to a refund law signed into law in March. The payments were due to be issued in early August. In Florida, around 59,000 families will receive a one-time payment of $450.

Maine will hand out $850 per single tax filer and $1,700 per couple. In Massachusetts, the local government plans to refund 7 percent of the 2021 taxes paid by citizens. Virginia residents can claim anywhere between $250 and $500 as tax rebates. Oregon has approved $600 in one-time assistance checks to low-income residents.

In South Carolina, taxpayers can get up to $800 in income tax rebates. In Delaware, each adult was scheduled to receive $300 as a one-time payment under the Delaware Relief Rebate Program signed in May.

New Mexico has announced $500 to married couples, while single filers and married people filing separately can receive up to $250. In addition, all citizens who have filed their 2021 personal income tax will also receive another income tax rebate, half of which was paid in June while the remaining half is due in August.

These state-level stimulus checks and tax refunds come after the federal government pumped in billions of dollars in the form of COVID-19 relief assistance in the past years. According to Christina Herrin from the nonprofit Citizens Against Government Waste (CAGW), stimulus checks by states are a “fruitless attempt to combat inflation.”

In a July 22 blog post, Herrin said that there is “no evidence” for the claim that artificially pumping money into the economy will halt inflation. The Biden administration’s $1.9 trillion America Rescue Act, which included the third round of stimulus checks, was a “significant factor” in pushing up inflation to four-decade highs, she stated.

“A one-time payment for ‘inflation relief’ is far different than tax rebates that many states are providing to all taxpayers based on income. They are feel-good band-aids that will make everything more expensive and keep inflation going longer than it would otherwise,” Herrin wrote.

In January 2022, CPI was running at 7.5 percent. It then peaked at 9.1 percent in June, and was at 8.5 percent in July. Inflation has not dropped below 7 percent in any single month this year so far.