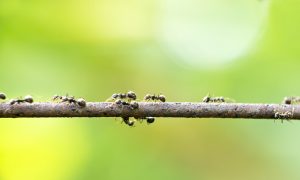 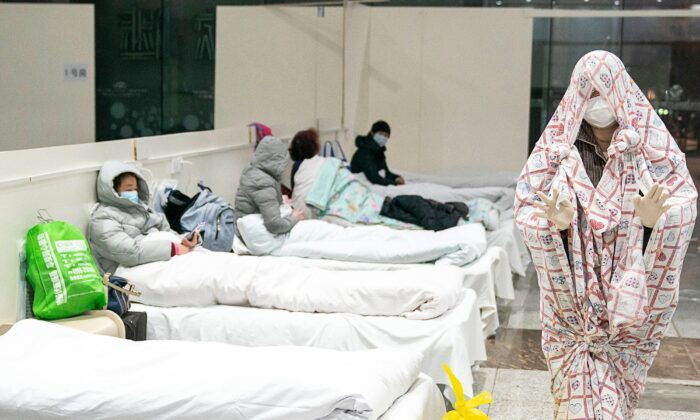 A patient covers with a bed sheet to make him warm at an exhibition centre converted Fangcang Hospital in Wuhan, China on Feb. 5, 2020. (STR/AFP via Getty Images)
US News

Next Epidemic Could Be a Potentially Deadly Fungus

The next pandemic could be a sometimes deadly fungal infection called Candida auris, according to experts with the U.S. Centers for Disease Control and Prevention (CDC).

According to reports, the deadly infection has become the cause of hospitalizations in Florida in recent months and has spread in COVID-19 wards.

“Candida auris can spread in healthcare settings through contact with contaminated environmental surfaces or equipment, or from person to person. More work is needed to further understand how it spreads,” said the CDC’s report.

Earlier this month, the CDC and Florida Department of Health carried out a joint investigation focused on infection prevention. They said that enhanced cleaning and disinfection measures killed off the Candida auris.

“Outbreaks such as that described in this report highlight the importance of adhering to recommended infection control and PPE practices and continuing surveillance for novel pathogens like Candida Auris,” the report concluded, reported WION.

“One of the things that makes Candida auris so scary is the fact it can linger on inanimate surfaces for long periods and withstand whatever you throw at it,” Johanna Rhodes, an epidemiologist with London’s Imperial College, told the New Scientist several weeks ago.

“It is a creature from the black lagoon. It bubbled up and now it is everywhere,” he said, according to the New York Post over the weekend.

“We need to invest more in research and development, and prepare our defenses—against all types of infectious pathogens,” said Mahmoud Ghannoum, a fungal disease specialist at Case Western Reserve University in Ohio, as reported by the Post.

The fungus has now been documented in more than 30 countries, and more than 1,500 U.S. cases were reported to the CDC as of Oct. 31 of last year, WION reported.