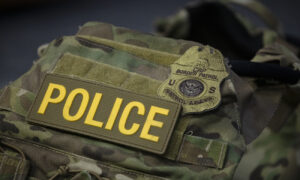 Pentagon: US Military Not Being Deployed to Portland
0
Share Now
FacebookTweetParlerEmail
Copy Link 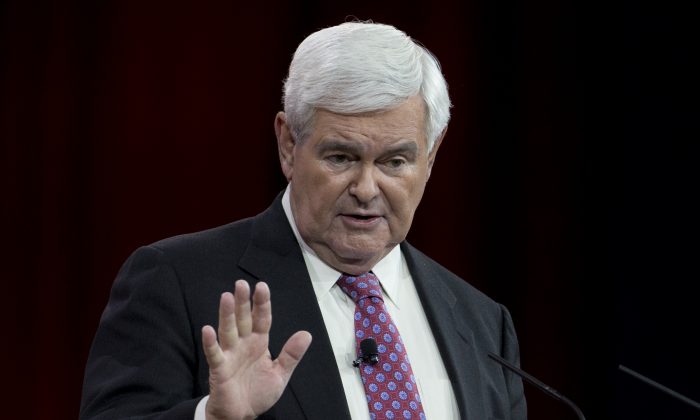 Former Republican House Speaker Newt Gingrich and several others were appointed to the Defense Policy Board, according to Pentagon head Christopher C. Miller.

“Today, I’m proud to announce the addition of these eight new members to the Department’s Defense Policy Board,” Miller said in a statement on Dec. 14. “These incoming members bring extensive defense and national security affairs experience to this advisory committee from their time in Congress, the State Department, our armed forces, and beyond. I’m confident the Department of Defense will benefit greatly from their time and service to the board.”

Over the past month or so, President Donald Trump has been making shakeups at the DOD, including the appointment of Miller. Miller was named acting DOD secretary after former Secretary Mark Esper was fired by the president several days after the Nov. 3 election.

Trump and Miller also removed members of the Defense Business Board—which provides Pentagon leaders with advice on business management—and on Dec. 9, the DOD announced that China policy expert Michael Pillsbury will serve as chairman of the Defense Policy Board, and former administrator of the National Nuclear Security Administration, Lisa Gordon-Hagerty, will also be a member.

The head of the Pentagon’s Defeat ISIS Task Force, Christopher Maier, also resigned on Nov. 30, according to reports.

On Nov. 18, Miller made an announcement to troops at Fort Bragg, North Carolina, that he has directed the assistant secretary of defense for special operations and low-intensity conflict to report directly to him. Such a move will allow the DOD to be ahead of the “great power competition with Russia and China as well as combating transnational threats,” the DOD’s website states.

Miller told the troops, “This reform will immediately improve agility to the department and the command and will enable us to streamline information flow, enhance decision making, and more adaptively and adeptly support our commanders and their superb soldiers, sailors, airmen, and Marines.”

The shakeup at the DOD drew criticism from Democratic members of Congress in November.

“Whatever the reason, casting aside a Secretary of Defense during the volatile days of transition seems to neglect the President’s most important duty: to protect our national security,” wrote Rep. Elissa Slotkin (D-Mich.), a former CIA analyst and Pentagon official, on Twitter on Nov. 9.