Dennis Prager on How Colleges Indoctrinate Students With Contempt for America, 'No Safe Spaces' Film
0 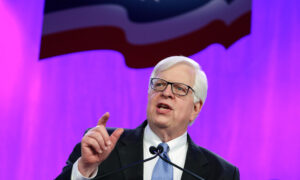 The University is ‘Infantilizing Its Students,’ Says Dennis Prager
0 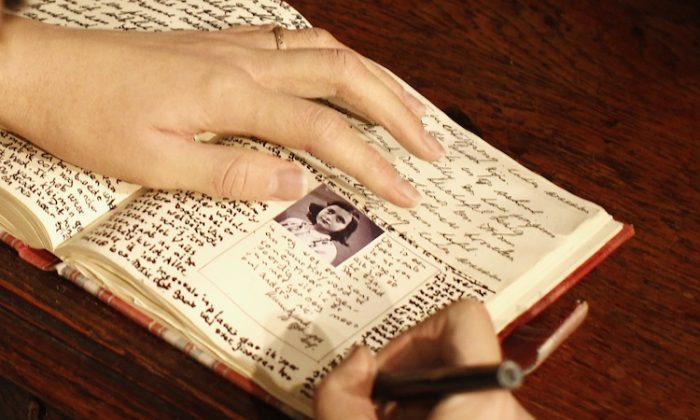 A detail of the diary of the wax figure of Anne Frank and their hideout reconstruction is unveiled at Madame Tussauds in Berlin, Germany, on March 9, 2012. (Andreas Rentz/Getty Images)
Viewpoints

Newsweek Changed Its Article About Me. But… 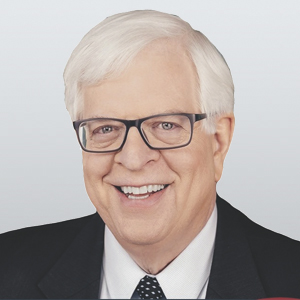 In my last column, “Newsweek Hits a New Low,” I wrote about Newsweek’s dishonest description of what I had said on one of my weekly PragerU “Fireside Chats.” A viewer had asked me to respond to a statement Anne Frank made in her epic Holocaust diary. Frank said, “Despite everything, I believe that people are really good at heart.”

The Newsweek headline, “Conservative Radio Host Ridicules Anne Frank,” was simply a lie. In order for readers to appreciate the level of mendacity, I had my entire response transcribed and placed it in the column.

A few days later I received a message from Nancy Cooper, global editor-in-chief of Newsweek. She emailed me her personal cellphone number and asked me to call her. I did, and we had a good conversation. She agreed that what Newsweek published mischaracterized my remarks and corrected both the headline and the article, written by deputy editor Benjamin Fearnow.

She changed the headline to “Conservative Radio Host Counters Anne Frank’s View That People Are ‘Good at Heart.'”

In addition, she deleted Fearnow’s sentence characterizing me as having mocked Anne Frank. And she deleted another Fearnow falsehood: “He also brings up Nazi comparisons frequently on his radio program, The Dennis Prager Show, to criticize modern Democrats and liberals.”

I told Cooper that in 37 years of radio, I have never compared Democrats or liberals to Nazis; Fearnow had made that up out of whole cloth.

In its place, she wrote the truth: “He also brings up Nazi comparisons on his radio program, The Dennis Prager Show, saying the left ‘cheapens’ Nazi evil by using the term to dismiss political opponents or that liberals focus on Nazism while failing to acknowledge the horrors wrought by Communism.”

The following notice now appears at the end of the article: “Update 1/8, 4:45 p.m. ET: The original headline on this story misrepresented Prager’s comments; the headline and story have been edited to reflect that Prager did not ‘ridicule’ or ‘mock’ Anne Frank but took issue with her view.”

As I wrote to Cooper, “Your attention to this says a lot about you and your hopes for Newsweek. Thank you.”

But the story doesn’t end there.

First, has Newsweek disciplined Fearnow in any way? (I never heard from Fearnow.)

Second, and more important, the original lie about me has taken on a life of its own. It was conveyed on numerous left-wing sites.

Wonkette, under the sarcastic headline “Dennis Prager Will Not Be Bullied by Anne Frank,” wrote a deceit-filled article about my comments about Anne Frank. At this writing, the column is followed by 654 reader comments—virtually every one of them repeating the lie started by Newsweek and continued by Wonkette.

There has not been a word on Wonkette about Newsweek’s correction.

The Daily Dot—”conceived as the Internet’s ‘hometown newspaper,’ focuses on topics such as streaming entertainment, geek culture, memes, gadgets and social issues, such as LGBT, gender and race,” as Wikipedia describes—reprinted the original Newsweek charge.

There has not been a word on The Daily Dot about Newsweek’s correction.

Under the headline “Dennis Prager on Anne Frank: ‘I Don’t Get My Wisdom from Teenagers,'” the Patheos website’s Friendly Atheist page wrote, “Leave it to right-wing commentator Dennis Prager, founder of a fake online ‘university’ … to dismiss Frank’s comment … because she was a child and therefore too dumb to understand anything.”

There has not been a word on Patheos about Newsweek’s correction.

There has not been a word on Inquistr about Newsweek’s correction.

There has not been a word on Democratic Underground or from Koko about Newsweek’s correction.

I note all of this to make three points.

First, as I have said for decades: While truth is a conservative value and a liberal value, it has never been a left-wing value.

Second, the left’s primary response to those with whom it differs is to smear.

This was brilliantly brought home to me in a famous Jewish story I first heard when I was a student in yeshiva.

The tale is told of a Jew in Eastern Europe who had slandered his rabbi but soon regretted it. So, he went to his rabbi, told him what he had done, sincerely apologized and asked the rabbi’s forgiveness.

“Am I now forgiven?” he asked.

The man had no idea why the rabbi made these requests, but deeply wanting the rabbi’s forgiveness, he did as he was told.

“Am I now forgiven?” the man asked.

“Now let the feathers fly away,” the rabbi responded.

Once again, the man did as the rabbi requested.

“Am I now forgiven?” the exasperated man asked.

“Just do one more thing,” the rabbi responded. “Bring back the feathers.”

Benjamin Fearnow and the left-wing websites cannot bring back the feathers. Nor, apparently, do they want to.