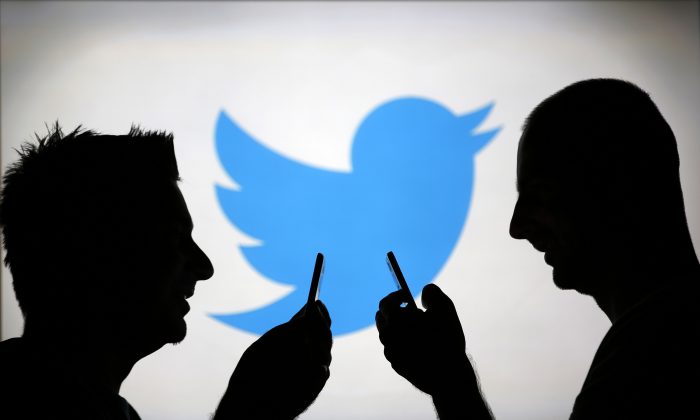 The New York Times is arguing that old posts on Twitter and other social media websites shouldn’t be used against journalists, after a top editor at the paper was reprimanded for a string of tweets that some found anti-Semitic.

Reporters for the newspaper also cited the example of the CNN photo editor who resigned after old tweets were dug up in which he called Jewish people “pigs” and Israel “the main enemy for the people of Egypt.”

The newspaper claimed that allies of President Donald Trump have compiled a database of past statements and social media posts of journalists.

Arthur Schwartz, a political consultant and friend of Donald Trump Jr., indicated as much on Twitter, after the newspaper failed to take action against the editor for the controversial missives that the paper admitted were “a clear violation of our standards.”

“If the @nytimes thinks this settles the matter we can expose a few of their other bigots,” he wrote. “Lots more where this came from.”

The White House and Trump campaign said they weren’t involved in the operation, but suggested that exposing journalists who say things they would report others for is fair game.

If the @nytimes thinks this settles the matter we can expose a few of their other bigots. Lots more where this came from. https://t.co/T9tVSDGHSB

“We know nothing about this, but it’s clear that the media has a lot of work to do to clean up its own house,” Tim Murtaugh, the campaign’s communications director, told The New York Times.

“Two can play at this game,” added Sam Nunberg, a former Trump aide. “The media has long targeted Republicans with deep dives into their social media, looking to caricature all conservatives and Trump voters as racists.”

That’s when the reporters wrote that people “using journalistic techniques to target journalists and news organizations as retribution for—or as a warning not to pursue—coverage critical of the president is fundamentally different from the well-established role of the news media in scrutinizing people in positions of power.” It later noted that Media Matters for America has been targeting conservatives for years using the same methods.

Media critics exploded after the article was published, noting media outlets have been using the techniques not only to scrutinize people in power, but also to dox Trump supporters and, in at least one instance, even ambush the elderly at their homes.

Still can’t get over the absurdity of major outlets clutching their pearls about the consequences of disclosing public figures’ old tweets, as if their stories about “unearthed tweets” were only limited to grave matters of public interest… pic.twitter.com/9uL9KPQ9wW

Outlets have also targeted athletes, activists, and celebrities for social media posts they’ve made when they were teenagers.

“Still can’t get over the absurdity of major outlets clutching their pearls about the consequences of disclosing public figures’ old tweets, as if their stories about ‘unearthed tweets’ were only limited to grave matters of public interest,” wrote James Hasson, an attorney who frequently criticizes the media on Twitter.

“Maybe don’t tweet anti-semitic and racist stuff and you won’t have to worry about people pulling up those tweets!” added Yashar Ali, a HuffPost and New York Magazine contributor.

Jack Shafer, a media journalist, said in a column that editors at The New York Times “don’t deserve special immunity from scrutiny for bigoted speech.”

“Journalists don’t deserve a get-out-of-bigotry-jail free card just because they’re journalists. If their past tweets, however ancient, undercut their current journalistic work or make them sound hypocritical, they can’t blame their diminished prestige on Trump’s allies,” he wrote. “It’s like blaming a cop for writing you a ticket for speeding in a school zone.”

Howard Kurtz of Fox News sounded a similar theme, writing in an article, “To say that journalists should be protected from their own public words, when such words are routinely used against those in the political world, strikes me as rather self-serving.”