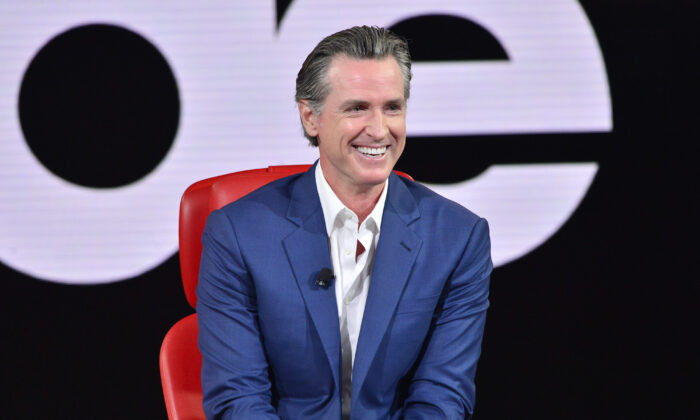 I might have been the first to write last December how Gov. Gavin Newsom clearly was running for president. When a person does run seriously for the highest job in the land, it becomes all-consuming. That’s clear from the bills landing on his desk Newsom is signing, or has indicated he will.

Whatever you think of his politics, this is a real pro at work. He’s serious about making a run at the White House and probably has the best chance of anyone in his party. If you live in California, you have a front-row seat for the show. Enjoy it.

We can start with a Sept. 6 summary from the Orange County Business Council: “Last-Minute Climate Package: In the final weeks of session, the Governor pushed ambitious climate change bills—leaving little time for legislators and stakeholders to analyze them or provide input. Legislative solutions to climate change must also protect the economy, but these bills (AB 1279, AB 2133, SB 1137) set impractical regulations and targets that could eliminate jobs across industries.”

Senate Bill 1137, a further tightening of greenhouse gas emissions limits, did not pass. But Assembly Bill 1279 would mandate reducing emissions 85 percent by 2045. And AB 2133 would mandate a 55 percent reduction below 1990 levels by 2030.

Both limits are well into the future. And could be changed, of course, by a future state Legislature. But they certainly will go over big in Democratic primaries in 2024 or 2028. If they push jobs off to another state, well, it’s not like Newsom, if nominated, is going to lose California’s electoral votes.

My Aug. 23 Epoch Times article, “California Gov. Newsom Tackles Water, Electricity,” reported how the governor is taking moderate stances on issues that might affect his ambitions, such as water to Southern California and, especially, the electricity supply. I wrote, “The bankruptcy of PG&E and the increased cost of electricity to consumers KO’d Davis’s presidential ambitions and played a major part in his October 2003 recall, although there were other factors.”

Veteran California columnist Dan Walters advanced something similar in a column on Aug. 30, “California’s last nuclear plant too vital to shut down.” He wrote, “When California voters recalled then-Gov. Gray Davis in 2003, a year after giving him a second term, they established a new political principle: Governors must, no matter what the political or financial cost, avoid power blackouts.

“Fairly or not, Davis was blamed when power blackouts hit the state in early 2003 due to a botched overhaul of utility regulation.”

On Sep. 2, Newsom signed into law SB 846, which revoked the 2024-25 cancellation of Diablo Canyon’s two nuclear reactors, extending their life to 2029-30. That enraged environmentalists.

But note Newsom’s clever signing statement: “Climate change is causing unprecedented stress on California’s energy system and I appreciate the Legislature’s action to maintain energy reliability as the State accelerates the transition to clean energy. SB 846 facilitates the actions necessary to keep the option of the DCPP [Diablo Canyon Power Plant] as a statewide reliability asset beyond the current 2024-2025 retirement dates of the plant’s two units.”

It’s called smiling at someone while you stab him in the back.

AB 257 sets up a new state bureaucracy, the Fast Food Accountability and Standards Recovery Act to regulate wages and standards in the fast food industry. It’s expected to push the minimum wage for such workers to $22 from the current overall state minimum $15 ($15.50 on Jan. 1).

It will kill a lot of these jobs, which either will go away entirely as businesses close, or lead to machines replacing people. But for Newsom, it’s a big reward to the labor unions that support him. The workers who keep their jobs will get hefty raises and be happy. He’ll be able to tout that in other states, especially those with strong private-sector labor unions in the Rust Belt.

His special Twitter video on Labor Day strongly courted organized labor: “On #LaborDay, we pay tribute to the workers across our state who keep our economy running. With this bill by @ChrisHoldenNews, we’re helping give fast food workers the stronger voice they should have had long ago—a say in shaping workplace standards and their jobs.”

There are factors limiting the damage. I bought a tasty, protein-style Double-Double at an In-N-Out Burger in Irvine the other day, and the restaurant boldly advertised it was hiring at $17 an hour. The ongoing inflation will probably drive that up even higher, to $20 or more.

Of course, Biden and other national Democrats, not Newsom, are taking the heat for the highest inflation rate in 20 years. The Federal Reserve Board is trying to hammer inflation down with higher interest rates. If the Fed is successful, in perhaps a year the inflation will be past, they hope with not too much damage to the rate of employment.

With normalcy eventually returned to the economy, Newsom’s action will be remembered in the primaries in other states by their fast-food workers. Or so he hopes. As to the fast-food workers laid off, well, they can collect California’s generous unemployment benefits, or move to Florida.

Finally, watch closely from now on at every Newsom move, which will be calibrated with an eye toward the Oval Office. He will make mistakes along the way. And maybe he’ll never make it all the way. But he’s showing how it should be done.