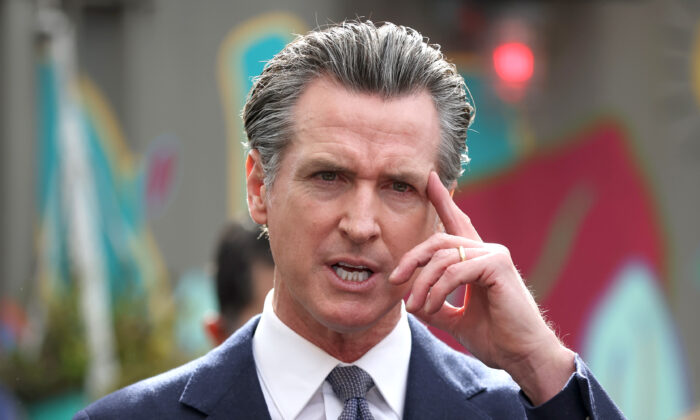 California Gov. Gavin Newsom vetoed legislation on Aug. 22 that would have allowed the proliferation of illegal drug injection sites in major California cities.

Senate Bill 57, authored by state Sen. Scott Wiener, a Democrat, would have permitted the creation of “overdose prevention programs,” also known as safe injection or consumption sites, where addicts could use illegal drugs at supervised facilities in Oakland and cities in Los Angeles and San Francisco counties.

“The unlimited number of safe injection sites that this bill would authorize—facilities which would authorize well into the later part of this decade—could induce a world of unintended consequences,” Newsom said in his veto message on Aug. 22.

While it’s possible that these supervised sites could improve safety and health, the chance they could fail and make California’s drug problem worse “is not a risk we can take.”

Newsom said he “remains open” to a discussion with local officials to come back to the table with a proposal for a “truly limited pilot program” and “comprehensive plans for siting, operations, community partnerships, and fiscal sustainability that demonstrate how these programs will be run safely and effectively.”

Wiener said in an Aug. 22 statement that the governor’s veto was “tragic.”

“With two successive Governors vetoing this bill, it’s crystal clear the State isn’t going to step up. San Francisco needs to take matters into its own hands & open up safe consumption sites to save lives,” he wrote on Twitter.

Jacqui Berlinn, cofounder of Mothers Against Drug Deaths, told The Epoch Times that Newsom’s decision has prevented the inevitable increase in drug deaths that the legislation would have caused.

“I’m ecstatic. I’m so grateful,” she said. “In San Francisco, and in the state, he stopped adding another layer of enabling, which is what this would have been.”

Berlinn said these “drug dens” would encourage more drug use by making it seem more socially acceptable. She’s also concerned fentanyl addicts would become “more brazen” and take larger doses if they know someone with NARCAN—a potentially lifesaving medication designed to help reverse an opioid overdose—is watching over them.

“We’re not prepared for this,” she said. “We need wraparound services before we can even begin to do this properly.”

All state Senate Republicans signed a letter on Aug. 1 asking Newsom for a “swift veto” of the legislation, which would have provided addicts with sterile needles as well as other supplies “for pre-obtained drugs.”