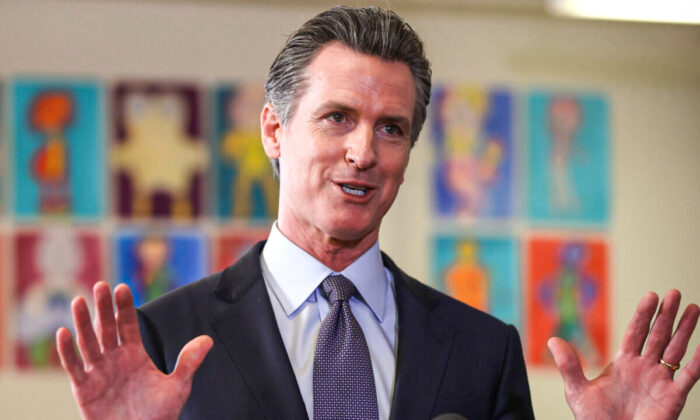 SACRAMENTO, Calif.—As the war between Russia and Ukraine proceeds, Gov. Gavin Newsom signed an executive order on March 4 requiring state agencies and departments to halt investments and financial transactions with Russia while urging businesses in California to follow as well.

“The Russian Federation has mounted aggressive, unlawful, and violent actions against Ukraine and its people, flouting these fundamental rights and freedoms,” the order states.

State agencies and departments within the Governor’s Administration are required to terminate contracts for commodities, services, and technology that are tied to Russia, according to the executive order.

The state agencies must also have all contractors and grantees with agreements at $5 million or more to report compliance with the order by providing proof of stopping transactions with Russian entities, according to the order.

In addition, Newsom is extending the order to businesses, non-government organizations, and public entities urging them to also review their contracts and halt investments to Russia, but it will not be enforced.

“California stands with Ukraine and the Ukrainian community in California – one of the largest in the country,” Newsom said in a statement. “Our state shares many close ties with Ukraine and will continue our efforts to support the nation’s brave fight for the fundamental rights and freedom of its people.”

Prior to the order, companies in the state have taken steps to limit transactions to Russia, according to the governor’s office.