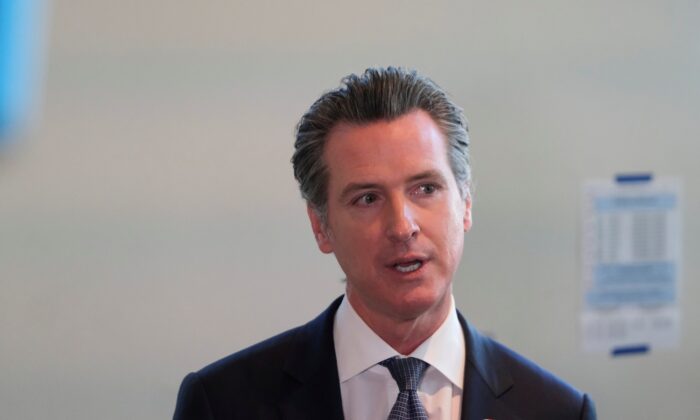 California Gov. Gavin Newsom on Friday said he should not have joined other families for a dinner while urging people to stay home amid the COVID-19 pandemic.

“While our family followed the restaurant’s health protocols and took safety precautions, we should have modeled better behavior and not joined the dinner,” the Democrat said in a statement released by his office.

According to the San Francisco Chronicle, Newsom attended a dinner on Nov. 6 at the French Laundry that included at least 12 people, among them his wife.

A Newsom spokesman initially defended the dinner, saying it was outdoors. The office later issued the governor’s statement.

Previous guidelines required all gatherings to be held outside. Those were updated on Friday to permit indoor gatherings, with the three-household limit remaining in place.

Newsom has repeatedly exhorted people to stay home during the pandemic and told a press briefing on Monday that contact tracing information pointed to social gatherings as a source of virus transmission.

The California GOP said in a statement that the governor “seems to be talking out of both sides of his mouth.”

Newsom, meanwhile, joined with the governors of Oregon and Washington to recommend a two-week quarantine for people who travel to other states and return, or who travel to one of the West Coast states from elsewhere.

“California just surpassed a sobering threshold—one million COVID-19 cases—with no signs of the virus slowing down,” Newsom said in a statement.

“Increased cases are adding pressure on our hospital systems and threatening the lives of seniors, essential workers, and vulnerable Californians. Travel increases the risk of spreading COVID-19, and we must all collectively increase our efforts at this time to keep the virus at bay and save lives.”

Oregon Gov. Kate Brown, a Democrat, announced a “two-week freeze” that includes limiting restaurants to takeout only and making retailers, grocery stores, and pharmacies limit capacity to 75 percent while forcing the closure of gyms, fitness organizations, and venues that host indoor events.

“I’m also asking Oregonians to wear a mask at all times except when eating and drinking,” she told reporters during a press conference. “Whether you are indoors or outdoors. The evidence is very very clear that masks save lives.”