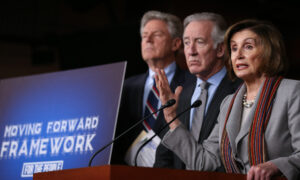 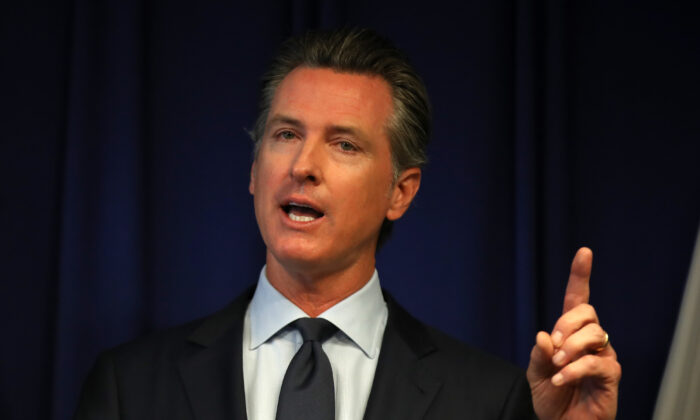 California Gov. Gavin Newsom has proposed $600 payments to millions of low-income families on top of the federal relief money recently allocated by Congress.

Newsom’s proposal is called the California Golden State stimulus and is modeled after the state’s Earned Income Tax Credit, (EITC). People who earn less than $30,000 and received the EITC will be eligible for the $600 payment.

“We want some immediate actions to distribute $2.4 billion in what we call the Golden State stimulus … This is our version of what the federal government just did but we want instead of $600 checks landing in people’s pocket based upon what the feds just did, we want to double it. We want to get $1,200 in people’s pockets,” Newsom said during a virtual call with state leaders on Wednesday.

“We are calling on some immediate action, we don’t want to wait till July,” Newsom added.

“And we want to use the EITC framework, which all of you successfully championed, in order to do that and to get 3.9 to 4 million checks out within three to four weeks after we sign this urgency legislation.”

Approximately 4 million people would be eligible for the payment for a total cost of $2.4 billion.

Newsom called on leaders and lawmakers from his state to support the proposal, which will be supported by taxpayers, saying that he feels a sense of urgency to help Californians who are dealing with the stress and anxiety of choosing between putting food on the table or paying their rent.

“We recognize our responsibility to do more,” Newsom said of the outfall of the CCP (Chinese Communist Party) virus.

California’s state legislature typically passes their budget in June. But Newsom is asking lawmakers to act fast on his proposals to provide urgent financial aid to people due to the pandemic. Newsom said he hopes the state stimulus payments can go out to Californians in February and March.

Meanwhile, California’s unemployment rate is at 8.2 percent, according to the most recent data. Because of California’s progressive tax code, the pandemic has created a huge financial shortfall. According to a report by Politico, California in 2021 is facing a $54 billion deficit. It’s the largest deficit since the Great Recession, the state’s finance official said in July last year.

The $600 payment would also go to people with Individual Taxpayer Identification Numbers who would be eligible to receive the tax credit this year.

Nonresidents and resident aliens and their families with a Individual Taxpayer Identification Number—mostly immigrants living in the country illegally without a Social Security Number—will also be eligible for the payments under Newsom’s plan.

During the Wednesday announcement on Zoom, state senators and assembly members who joined indicated their support for passing Newsom’s stimulus measure.

“This type of stimulus modeled on California earned income tax credit or Cali-ITC has a proven track record of helping lift people out of poverty and providing a positive economic impact to the state overall,” she continued.

Newsom is also asking the legislature to extend a moratorium on evictions.

“(We need) resolve to get something big done by the end of this calendar month with the sense of urgency, and it’s required at the moment as it relates to helping not just renters but also small landlords,” the governor said.