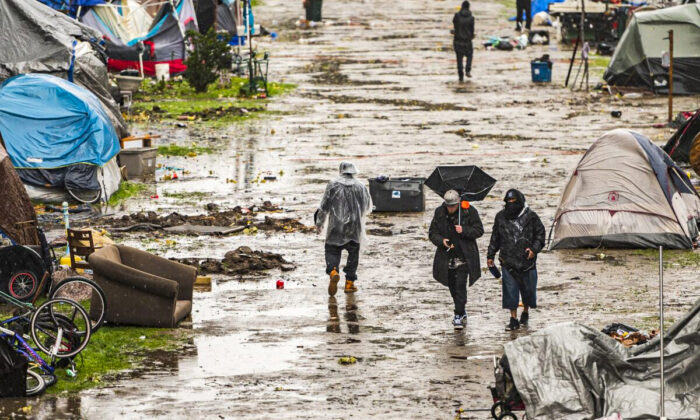 Gov. Gavin Newsom declared a state of emergency Dec. 30 in 20 counties after a series of winter storms moved throughout the state.

The winter storm has continued to bring damaging winds, record-breaking snowfall, and flooding since Dec. 10 when the first storm occurred, the emergency proclamation states.

The storms have damaged highways and local roads while also leaving a lingering threat of mudslides for residents residing in burn areas from recent wildfires.

While the state begins to deploy resources to assist the areas and residents impacted by the storms, Newsom urged residents to stay away from the mountains.

“I strongly encourage all Californians to avoid making the situation worse and refrain from traveling on mountain roads until conditions improve,” Newsom said in a statement.

To assist with the damage, the California Department of Transportation (Caltrans) has deployed over 1,300 field staff to provide 24-hour assistance for impacted communities and to ensure roads remain open, according to the governor’s office.

Since Dec. 24, Caltrans has helped with 600 snowplows and fallen tree removals.

The California Highway Patrol has also helped motorists who have been trapped due to the weather conditions, directed traffic, and provided nutritional resources for those in need.

“I want to thank all our emergency responders for working diligently through trying weather conditions to keep our community safe,” Newsom said.

It is unclear how long the emergency declaration will remain in effect.