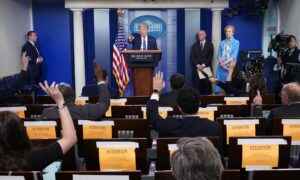 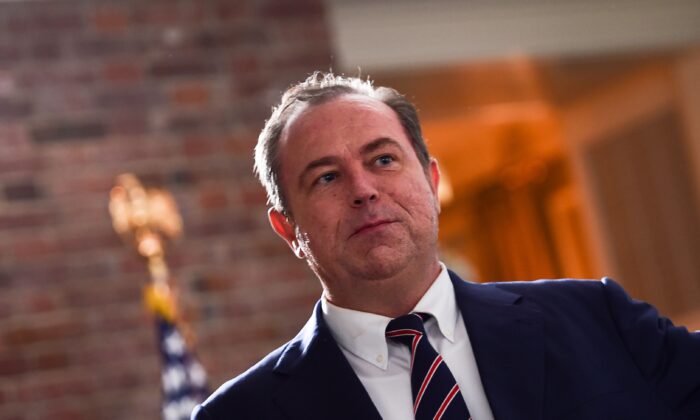 “We have always seen ourselves as an independent news agency, and we want to continue with that mission. But we are open—[Trump] is going to be a political and media force after he leaves the White House, and we would be open to talking to him about a weekly show,” Christopher Ruddy, the CEO, told Variety.

Newsmax is “not actively selling” despite interest from investors, Ruddy continued.

“We listen to them, but our main focus is continuing: We would like to overtake Fox News in the next 12 months, and I think it’s do-able,” he said.

The Wall Street Journal, citing anonymous sources, reported earlier Sunday that Hicks Equity Partners, which has ties to a co-chair of the Republican National Committee, has held talks about acquiring Newsmax.

Newsmax’s ratings shot up some 156 percent during the week of the election as some viewers turned away from Fox because of disgust with how the election was handled.

Particularly rankling for conservatives was Fox’s early call of Arizona for Democratic presidential nominee Joe Biden on election night, even though there were still hundreds of thousands of votes left to count.

Trump gained on his rival as the ballot counting dragged on for over a week. Biden ended up with 10,377 more votes than Trump in the final unofficial count, close to an automatic recount.

Fox later admitted it got another controversial early call wrong. It projected Democrats would gain five seats in the House of Representatives; instead, Republicans have gained seven seats, with some races still not called.

Ruddy told the Journal: “Newsmax never had any deal with the Hicks group, and if it’s true they were using our name for the purposes of capital fundraising, that is wholly inappropriate.”

Hicks Equity didn’t respond to a request for comment.

Trump has repeatedly hit Fox in recent days. The network’s “daytime ratings have completely collapsed,” he wrote on Twitter on Nov. 12. “Weekend daytime even WORSE. Very sad to watch this happen, but they forgot what made them successful, what got them there. They forgot the Golden Goose. The biggest difference between the 2016 Election, and 2020, was @FoxNews!”

In a tweet over the weekend, the president said the network appears to have more Democrats on than Republicans, a sharp contrast to years past.

“Many great alternatives are forming & exist,” he added. “Try @OANN & @newsmax , among others!”