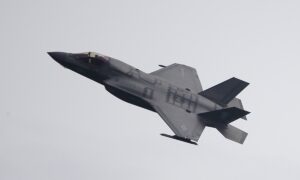 News Reporter Helps Save Driver Trapped in His Flooding Truck

Stories of the human spirit in the face of tragedy have been emerging recently from flood-devastated Houston and its surrounding areas.

News crews have been capturing these stories following residents in the region as people work together to overcome what experts have called an unprecedented flood.

Local media station KHOU, was forced to interrupt its live news coverage of Hurricane Harvey on Sunday when flood waters began creeping into its studio.

Eventually, news anchors and crew were forced to evacuate the building, leaving their field reporter to continue the live coverage from the flooded roads and highways of Houston.

The news anchor was broadcasting to viewers about the dangers on the roads from the shoulder of Beltway 8 on the north side of Houston when the team noticed a man stranded in a semitruck on the frontage road below.

The semitruck was surrounded by brown, murky floodwaters already up to the vehicle’s windscreen, and rising. The driver was still inside.

As the reporter brought the stranded semitruck to officer’s attention, the officer noted, “This is the same location we had an 18-wheeler go under the bridge, and he died last year. Same place, except it was on the other side of the freeway.”

As the officers worked to launch the boat into the water to reach the driver, the reported shouted assurance to the driver that help was on the way. The driver stayed calm as the flood waters continued to rise around him, leaving him swimming amongst his books, a Coca-Cola can floating beside him.

The officers successfully helped rescue the man to dry land.

More footage of the unprecedented flood: