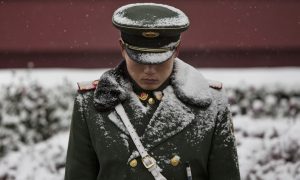 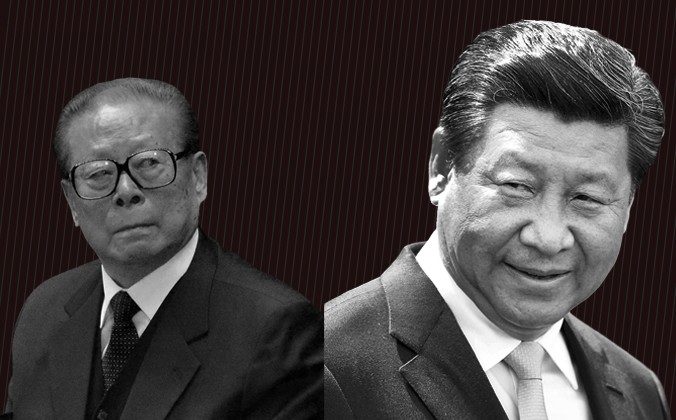 The anti-corruption campaign of Chinese Communist Party leader Xi Jinping is entering its fourth year. Tens of thousands of CCP officials have been investigated, and several of those who formerly were some of the most powerful men in China have been purged and convicted. On Jan. 12, the first high-ranking official of 2016 was convicted and sentenced.

News reports in the West of the conviction of former Vice Minister of Public Security Li Dongsheng focused on the 15-year sentence he received for bribery. But the coverage of Li’s trial in China revealed much more, suggesting the current leadership regards the persecution of Falun Gong to be the work of the faction loyal to Jiang Zemin.

From the beginning, the charges against Li Dongsheng for corruption have been tied to his role in persecuting Falun Gong.

The charges for corruption against former Public Security Vice Minister Li Dongsheng have been tied to his role in persecuting Falun Gong.

In December 2013, when the official website of the Central Commission for Discipline Inspection announced the investigation of Li Dongsheng, it used three of his titles: vice head of the Central Leading Group for the Prevention and Handling of Cult-Related Issues; head of the office of the Leading Group, a.k.a. the 610 Office; and vice minister of Public Security.

That was the first time that Chinese authorities officially admitted the existence of the leading group and its 610 Office, which was established on June 10, 1999 by then Party leader Jiang Zemin to eliminate the spiritual practice of Falun Gong. The exposure of the name of that secret agency strongly suggested that Li Dongsheng’s real crime was somehow linked to it.

When Li Dongsheng was sentenced, the only title mentioned in the report by state news agency Xinhua was vice minister of Public Security, but on the same day the business magazine Caixin put Li’s crimes back in the context of his role in persecuting Falun Gong.

Caixin has played a special role in China over the last three years. It regularly publishes news that seems to come straight from inside Zhongnanhai, the Party’s leadership compound. Given its scoops on the anti-corruption campaign, the magazine is widely assumed to have a close relationship with the head of that effort, Wang Qishan. Caixin is also rumored to be close to Party leader Xi Jinping.

Caixin magazine has played a special role in China over the last three years. … It is also rumored to be close to Party leader Xi Jinping.

Caixin’s article bore the headline, “Zhou Yongkang’s Trusted Aide, Former Vice Minister of Public Security Li Dongsheng Sentenced 15 Years in His First Trial.” In 2009, Li was promoted to head of the 610 Office and vice head of the leading group, as well as to the position of deputy minister of Public Security. One paragraph mentions Li’s two titles related to persecuting Falun Gong, and then states that Li was formally promoted to be a high ranking ministry level official and thus became “Zhou Yongkang’s sharp weapon” in October 2009.

The phrase “Zhou Yongkang’s sharp weapon” is very interesting. No law authorizes the persecution Li carried out. Instead, it is the Party’s political campaign. When Li Dongsheng took the positions in the leading group and its 610 Office, he should have been considered the weapon of the Party, not of Zhou Yongkang.

When Jiang Zemin started the campaign against Falun Gong, he was the paramount leader of the Party and the Party as a whole joined the campaign. During that period, Jiang and the Party were the same. Whoever in the Party leadership that did not actively join the persecution was the exception, and thus only represented himself or herself, not the Party.

When Jiang Zemin partially retired in 2002 and fully retired in 2004, there were subtle changes in how the Party was run that weakened the authority of Party head, increased the autonomy of individual Party leaders, and gave Jiang Zemin continued influence over the direction of the Party. The number of Standing Committee members of the Politburo—the most powerful body in the Party—increased to nine. The additional members were loyal to Jiang, and, combined with those incumbent members who were also loyal to him, gave Jiang a preponderant influence.

In addition to increasing the size of the Committee, Jiang decided that each member was only in charge of his own portfolio and nobody should have veto power over others. Luo Gan, and Zhou Yongkang, who replaced Luo in 2007, became the Standing Committee members charged with carrying out the persecution, and the new arrangements gave them a free hand.

The hidden message of the Caixin article referring to “Zhou Yongkang’s sharp weapon” is that Hu Jintao and Wen Jiabao, the top two leaders at the time, were not responsible for the persecution.

In June 2015, Zhou Yongkang was sentenced to life in prison for three crimes: receiving bribes, abuse of power, and leaking state secrets. But these charges do not comprehend all of his crimes or even the worst of his crimes. His actual crimes may be divided into at least three parts: corruption, conspiracy against Xi Jinping (now alluded to in the official press as non-organizational political activities), and the persecution of Falun Gong and other religious groups.

Caixin’s article implies that Li Dongsheng’s corruption and persecution of Falun Gong were related to Zhou Yongkang. Does Caixin also imply Li was a weapon in Zhou’s conspiracy?

In June 2012, Bloomberg published an exclusive exposé of the wealth said to be held by the family of Xi Jinping, then the presumptive successor to Hu Jintao as paramount leader. The publication of this kind of information is taken very seriously by the Communist Party leaders, as leaking it threatens their ability to hold and wield power.

The Bloomberg report amounted to a kind of assault on Xi. China analysts asserted that Bloomberg would have had great difficulty developing the information in the article on its own. A conspiracy related to the Jiang faction was assumed to be behind the article.

Sources inside the Communist Party had earlier described plans by members of Jiang’s faction to unseat Xi after he took power. That coup attempt was defeated, but attempts to undermine Xi have continued. If the Apple Daily report is true, Li Dongsheng and his Central 610 Office became Zhou and the Jiang Zemin’s faction’s weapon in the alleged effort against Xi.

When Caixin’s article talked about Li becoming Zhou’s weapon, it specified that this happened in October 2009, when Li Dongsheng, without any previous legal background and experience, surprisingly took the position as the vice minister of Public Security. Caixin didn’t give any explanation. That’s because neither Caixin, nor any other Chinese media, was allowed to explain.

On paper, Li did not have relevant experience for his position as vice minister of Public Security. Li had worked at different units since early 1990s, all in the CCP’s propaganda machine. The Central 610 Office provides a missing link connecting his two roles in the propaganda apparatus and public security.

In June 1999, Li Dongsheng became the deputy chief of the newly established Central 610 Office as the deputy director of China Central TV (CCTV). He was in charge of propaganda targeting Falun Gong and brainwashing. In January 2001, Li’s boss in the 610 Office, Luo Gan, staged self immolations on Tiananmen Square in an effort to discredit Falun Gong. Li orchestrated the propaganda about this incident to incite hatred toward Falun Gong practitioners.

In October 2009, when Liu Jing, then head of Central 610 Office, was about to retire, it was hard to find a replacement because even in the Party, it’s not easy to find someone who is bad enough to take this job and be good at it, and who could also be trusted by Zhou Yongkong.

Li Dongsheng had been in the deputy chief position for 10 years. He was notorious for his greed (accepting bribes), for corruption (working as a pimp, supplying CCTV’s young female hostesses to Zhou Yongkang and other corrupt central leaders), and for being ruthless (carrying out the torture of those who refused to be brainwashed). With these qualifications, he could be trusted and was the best and only candidate.

Editorial: Xi Jinping’s Choice and the Future of the Chinese People

Also, after 2004 the regime had changed its strategy for repressing Falun Gong. It tried to hide the persecution to avoid international criticism of its human rights violations. The propaganda attacking Falun Gong was no longer the priority and wielding an iron fist behind the scenes became the major method. Being a chief of propaganda couldn’t command the task force to do the job. That’s the only reason that Li Dongsheng was appointed to lead the police force, assuming a position of authority in a field in which he had no experience.

According to the information reported by Xinhua about the sentencing, Li Dongsheng started to abuse his power to benefit himself and his family from 1996 to 2013 and took bribes from 2008 to 2013 of about 20 million Yuan (US$3.3 million). Since propaganda and Public Security are totally different fields, it’s hard to imagine that Li could carry his corruption-related connections from his old position to his new position—the alleged corruption began, according to the court, before he was appointed deputy minister of Public Security in 2009.