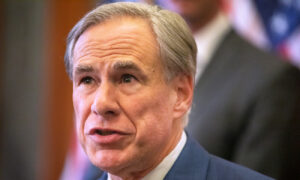 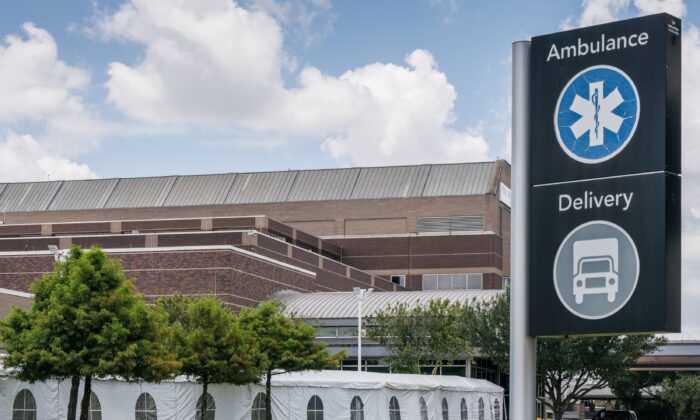 A walkway leading to medical tents is shown outside of the Lyndon B. Johnson Hospital in Houston, Texas, on Aug. 10, 2021. (Brandon Bell/Getty Images)
Media & Big Tech

Axios on Monday corrected a story that claimed the COVID-19 death rate in Texas reached a high not seen since March 2020.

COVID-19 is the disease caused by the CCP (Chinese Communist Party) virus, also known as the coronavirus.

The outlet later updated the piece and added a correction.

“Editor’s note: This story has been corrected to show Texas’s seven-day coronavirus death rate is at its highest levels since March 2021 (not March 2020),” the article now states.

It’s the second time in recent days that a news outlet has had to correct false information about the COVID-19 pandemic in Texas.

The Texas Tribune claimed last week that over 5,800 children were hospitalized in the state in a single week in August.

The outlet later corrected its piece, telling readers: “That number correctly referred to children hospitalized with COVID-19 since the pandemic began. In actuality, 783 children were admitted to Texas hospitals with COVID-19 between July 1 and Aug. 9 of this year.”

The Axios story was about how Texas Department of State Health Services have asked the Federal Emergency Management Agency for five mortuary trailers as officials fear they may need them to deal with a recent increase in COVID-19 deaths.

A chart from the Centers for Disease Control and Prevention shows that deaths are increasing recently, though they remain nowhere near the previous peak in January or the initial peak in July 2020.

Still, deaths could keep climbing, because the number of new patients being admitted to hospitals with confirmed COVID-19 cases has jumped in Texas—and a number of other states, including California—in recent weeks.

Texas Gov. Greg Abbott, a Republican, announced a raft of actions in response last week, including asking hospitals to put off elective procedures and ordering the opening of more COVID-19 antibody infusion centers, which treat COVID-19 patients with cases not severe enough to warrant hospitalization.