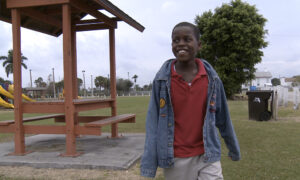 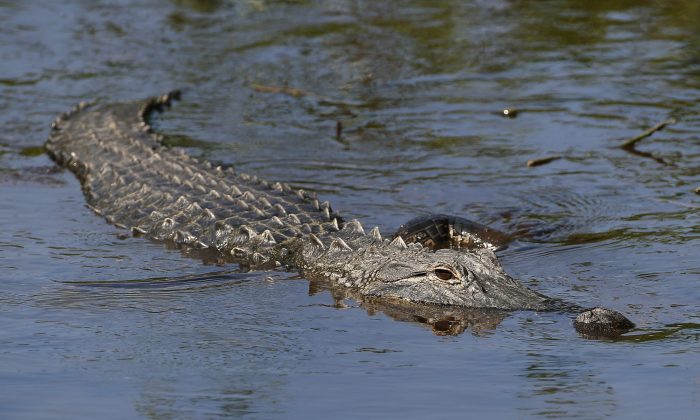 An alligator swims in the waters at Wakodahatchee Wetlands in Delray Beach, Florida on 21 April 2016. (RHONA WISE/AFP/Getty Images)
US

A disturbing discovery was made on Thursday as a helicopter captured footage of a plane crash in Florida’s Everglades.

The Federal Aviation Administration told WPLG that a Cessna 152 crashed in the swamp about seven miles west of Homestead, Fla., with only a pilot on board.

“Our chopper is above the scene of a wrecked plane in the Everglades,” WPLG managing editor Peter Burke wrote on Twitter. “A gator appears to be chewing on a body next to the wreckage.”

Our chopper is above the scene of a wrecked plane in the Everglades. A gator appears to be chewing on a body next to the wreckage.

The FAA and National Transportation Safety Board are now investigating the accident.

“All he does is go to his college, (come) back home (and) on Sundays, church. That’s all,” Shedrack said.

Dean said he was with an instructor, but had then taken off on his own afterward.

“The instructor came into the building, left him out there to bring the books and write up all the information. He did not bring the books back into the place,” Dean said. “He decided to go fly himself, so he basically took the aircraft away from here without any authorization. Our policy at the school is very very critical, that every time anybody flies in the evening, they must fly with another pilot.”

Officials thought the pilot was on a cross-country flight before calling other companies about the plane’s location.

“We started the whole investigation a couple of days ago as far as looking at search and rescue for this aircraft, but the individual was qualified to fly the aircraft,” Dean said. “But he broke every single company policy.”

As USA Today reported last year, fatal alligator attacks aren’t that common. In 2016, a 10-year-old boy was killed at Disney World when an alligator dragged him under the water.

“People—even small people—are not their typical prey,” Nick Wiley, executive director of the Florida Fish and Wildlife Conservation Commission, said at the time.

Before that, the last alligator-related fatality was in 2007. And for the past ten years, there have been between six and 15 alligator attacks in Florida each year.