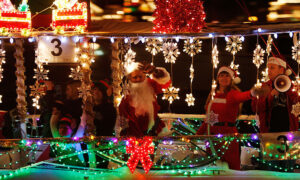 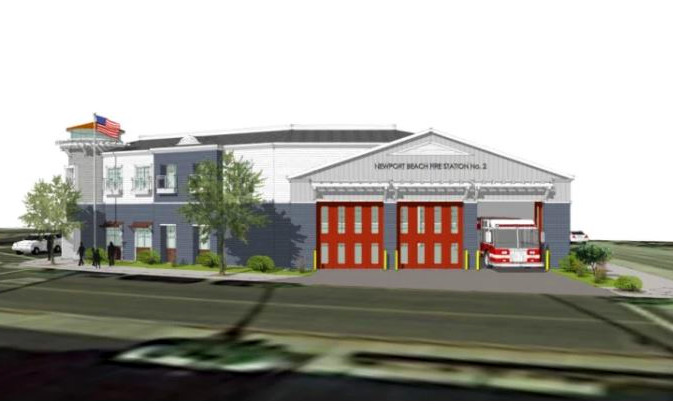 A rendering shows a new fire station that will be constructed in Newport Beach, Calif. (Courtesy of the Newport Beach Fire Department)
Southern California

The City of Newport Beach is preparing to break ground on a new fire station to replace its nearly 70-year-old Lido Station facility.

The new site will relocate the current Fire Station 2 closer to Balboa Island on the peninsula. An official ground-breaking ceremony for the city’s Cannery Village site is planned for Dec. 8 at 2 p.m.

“There’s construction going on right now around the perimeter. That’s some of the street work we’re doing, and that’s tied into the crosswalk enhancements on 28th Street and 26th Street,” said Jim Houlihan, the city’s deputy director of Public Works.

Houlihan told the audience at the Nov. 19 online gathering that the construction contract had been officially awarded at the Newport Beach City Council meeting on Nov. 10, and that the station aims to be fully operational by 2022. The contract, estimated at over $9 million, was awarded to Robert Clapper Construction of Rialto.

“It’ll probably be mid to late January when we start, and that’ll run through to the spring of 2022,” Houlihan said.

The city is still deciding what to call the new station.

“After a little bit of discussion, we were wondering if we should change that name,” Webb said. “There was some discussion that was met with a new station, new location, new name.”

Newport Beach Fire Chief Jeff Boyles said internally the facility would still be called “Fire Station 2,” but the way the community referred to the station was just as important.

“This is often how we’ll refer to it in the community and how the community recognizes their local station—so I want it to feel right for the residents in that area, and we’ll work out of whatever you want to call it,” Boyles told the audience during the meeting.

The new fire station will add another feature designed to please locals: a public restroom.

Houlihan, from the Public Works Department, said the addition would be located in the “upper left-hand corner of the property.”

“I think it’s warranted because we don’t have a public restroom in this area like we have in many parts of the city,” he said, adding that the department receives “a lot of complaints” from people in the area about the issue.

He called the new restroom “a great asset” that will help keep the area clean, safe, and beautiful.

Newport Beach Mayor Diane Dixon said she was “grateful” for the new facilities, as would be the residents who live along Newport and Balboa boulevards.

The current Station 2, located on 32nd Street, was built in 1953 and no longer meets operational needs. The new site, on Newport Boulevard and 28th Street, is .3 miles away, and previously housed a McDonald’s restaurant.

The Newport Beach City Council initiated the process when it approved the purchase of the new parcel of land in 2017. It allocated around $9.3 million to the project when it approved a new budget in June.

Residents are encouraged to become involved in naming the station by submitting their suggestions. The public is also invited to attend the official groundbreaking ceremony on Dec. 8.