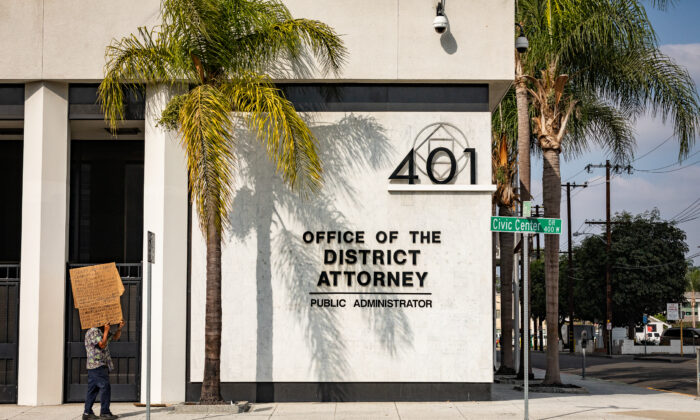 The Orange County District Attorney’s (OCDA) Office cleared a Newport Beach homeowner who fatally shot an intruder inside his house of any criminal consequences, saying he had a right to defend himself, it was announced Oct. 11.

On Aug. 26 at approximately 4:10 am, Henry Lehr, a 23-year-old living at a residential detox center, left the facility after telling staff that he was hearing and seeing “demons.”

After leaving the center, Lehr broke into an unnamed homeowner’s backyard off of Redlands Drive and Indus Street in Newport Heights and then went to the front of the house where prosecutors say he banged on the front door, rang the doorbell, and demanded to be let inside the house.

Lehr proceeded to break down the front door, which alerted the sleeping homeowner, who grabbed his pistol and found Lehr on his stairs.

The homeowner demanded Lehr identify himself and that he did not continue coming up the stairs.

Prosecutors say that Lehr continued to charge up the stairs, prompting the homeowner to fire his weapon once, striking Lehr in the upper chest.

The homeowner and his wife called 911, and Lehr was pronounced dead at the scene.

The homeowner told police that he needed to shoot the intruder because he feared for the safety of himself and his wife.

Orange County District Attorney Todd Spitzer said on one hand a homeowner has a right to protect himself. Meanwhile, he also condemned residential detox centers, saying people struggling with addiction should not be placed in residential neighborhoods for this very reason.

“A homeowner has the absolute right to protect themselves from someone who breaks into their home in the middle of the night and threatens their safety,” Orange County District Attorney Todd Spitzer said in a statement. “The loss of life is tragic in any situation and this situation is made even more tragic by the fact that an individual who went to a group home to get help with his addiction issues ended up on a deadly collision course with a homeowner who just sleeping in his own bed in his own house.