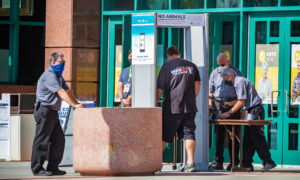 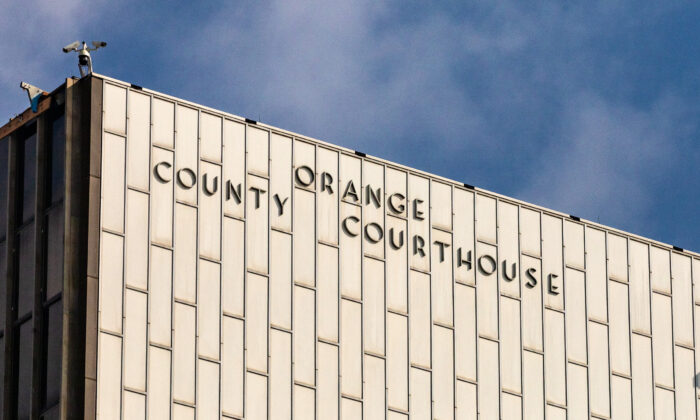 Robert Andrew Lotter of Newport Beach denied 20 felony charges on Nov. 30, including making an untrue statement or omission in connection with the offer or sale of a security, and use of a device, scheme, or artifice to defraud with sentencing enhancement allegations of aggravated white collar crime, according to court records.

Co-defendant Charles Albert Major, 71, of Irvine, an insurance agent who worked for Lotter, was charged with 27 felonies, including making an untrue statement or omission in connection with the purchase or sale of a security and burglary with sentencing enhancement allegations for aggravated white collar crime.

The two were arrested on Nov. 24. Bail was set at $4 million for Lotter and $2 million for Major, according to a California Department of Insurance press release.

“Even though these insurance agents had a fiduciary responsibility to represent their clients’ best interest, they allegedly put greed above their clients’ needs,” Insurance Commissioner Ricardo Lara said in the release.

“Their arrest shows the Department of Insurance will persist in investigating and stopping insurance professionals who put their clients at financial risk.”

Lotter was the owner of an insurance agency and Major was a licensed agent that worked there. The two allegedly contacted clients of the company, R.A. Lotter Insurance Marketing, and then used various schemes to fraudulently obtain victims’ private financial information in order to identify potential investors for Lotter’s high-risk investments, according to the Department of Insurance.

In court papers, state Department of Insurance investigator Braelyn Velasco said Lotter “fraudulently sold securities to 20 victims by means of omission, misrepresentation, and through the use of a device, scheme, or artifice, Lotter’s victims lost $4,087,811.04.”

From May 2003 to May 2018, Lotter “sold investments in his companies eAgency Inc. and Mymobilewatchdog Inc. by the use of misleading marketing materials and tactics that led victims to believe that Lotter’s insurance agency was affiliated with the California State Teachers’ Retirement System, a state agency that provides retirement pension benefits to California public school educators,” according to Velasco.

“Victims responded to the misleading materials with the believe they were requesting a retirement analysis from [the state retirement system],” Velasco wrote.

Accredited investors were then solicited to invest in the defendant’s companies, Velasco said.

Lotter created My Mobile Watchdog, a Newport Beach-based company that helps parents use the app to keep track of web activity on their children’s cellphones. His other company, eAgency, is a mobile security provider.

Lotter inappropriately “used his agency to access customers’ private financial information to determine if the customer was accredited, in order to solicit the customers’ investments” in the defendants’ companies, Velasco alleged.

Lotter “failed to properly disclose to all victims” that investments in his companies were “high risk.”

“At least 10 victims stated there were no such discussions of the risk involved, or that such discussions did not identify the investment as high-risk,” Velasco wrote. “Some victims were told there was no chance they would lose any of their investment.”

Velasco further alleged that Lotter and his “companies continued to lull victims throughout the years into believing eAgency Inc and/or Mymobileatchdog Inc. was making significant progress and investors would see substantial returns soon. Nearly every victim stated they were told investors would see returns within one to two years. The same message was given to victims from the early 2000s until 2018.”

Major was scheduled to be arraigned Dec. 16 in the jail courtroom in Santa Ana.

In the City of Orange, former insurance agent Brian Fredric Sauls, 48, of Santa Ana, was arrested Nov. 20 on 13 felony counts of securities violations, theft from an elder, and residential burglary.

Sauls allegedly persuaded his clients to invest in Future Income Payments LLC (FIP), an unregistered non-exempt security. The company was indicted in March 2019, along with its founder, after it was determined to be a Ponzi scheme by a Federal Grand Jury.

Sauls allegedly received $1,126,333 from six clients, including one elderly client, pocketing over $148,000 in commission from the sales.

An investigation by the California Department of Insurance revealed that Sauls was not trained, certified, nor licensed to sell securities. He also initiated investment transactions without his clients’ consent or knowledge.

The accused allegedly received payments at one of his clients’ residences, thus adding the residential burglary charge.