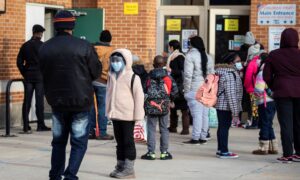 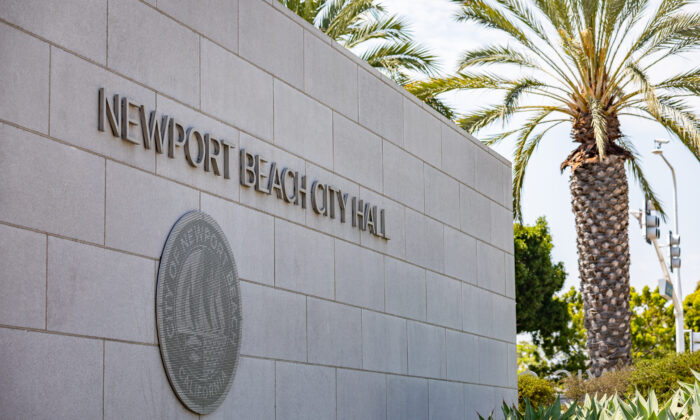 The Newport Beach City Council passed a resolution supporting the local school district’s (rather than the state’s) control of implementing mask or vaccine mandates.

The resolution countering the state’s mask mandate in K–12 schools passed by a vote of 6–1 with Councilwoman Joy Brenner dissenting.

Councilman Noah Blom, who introduced the item, said the resolution is about maintaining “local control” and speaking up for the freedom of Newport Beach’s residents.

“We do have their best interests at heart. We don’t want to hurt them,” he said.

Dozens of residents supported the council’s decision during public comments, while few opposed it. Many had written council emails both in favor of and against the resolution, councilmembers said.

Blom said the city council is hoping to empower the school board since they “feel like their hands are tied.”

“I also feel like they have a hard time fighting against the state and state-mandated health laws, and rules,” he said.

Newport Beach was among the first cities in the county to terminate its local emergency declaration in June after “finding that the conditions of extreme peril no longer existed,” according to a city report.

But the city council doesn’t have jurisdiction over the city’s schools. The Newport-Mesa school board must comply with the state’s mask mandate or risk losing its funding, said Blom.

“Our goal is to safely open schools this week for in-person instruction, and keep them open, as we continue to follow the California Department of Public Health (CDPH) guidelines. We, like all schools in CA, are required to abide by the CDPH requirements for schools, which includes masks ONLY when indoors,” Newport-Mesa Unified School District spokeswoman Annette Franco told The Epoch Times in an email.

“We are not authorized to make decisions on the use of face coverings in schools, or create policies related to public health. We are hopeful that with the support of our community we can keep schools open and continue to provide a safe environment for students and staff.”

The CDPH told The Epoch Times in an email that its “goal is to get kids back in school for full in-person instruction, period.”

“In order to get there, we’re continuing to use COVID-prevention strategies as recommended by the CDC and American Academy of Pediatrics, including: vaccinations, masking, testing, and more. This is a public health order that school districts are expected to follow, similar to the other public health orders that have been implemented throughout this pandemic. We are committed to working with school districts, other local governments, and other state officials to ensure schools implement this requirement to keep children and staff safe.”

Brenner voted against the resolution because she said this issue “was not something the council needed to take a position on.”

Brenner argued the resolution “polarizes our community” based on people who agree and disagree with a mask mandate.

“What we really want to encourage is those people who are on both sides to continue to look all the information,” she said.

The resolution states that California, not the Newport Mesa Unified School District Board of Education “has implemented universal masking requirements in K-12 school settings throughout the state, without regard for any local conditions such as case rate, hospitalization rates, or site-specific improvements such as ventilation upgrades.”

It also claims the state’s “blanket mandate” is contrary to the city’s first guiding principle in its legislative platform, which says the city supports the protection or expansion of a “local, decision-making authority and its ability to provide public services.”

“We trust our school board with 21,000 kids. But apparently Sacramento doesn’t trust them to make some of the decisions about them, and that’s not right,” Councilman Will O’Neill said during the council meeting.

“When decisions like this are being made at a level in Sacramento, where we can’t petition, we can’t reach out, we are going to feel frustrated.”

Councilwoman Diane Dixon said her grandchildren tell her to wear her mask because “they’re so afraid that I will die if I don’t wear my mask.”

“The fear that is instilled in young children is heartbreaking,” Dixon said during the council meeting.

She said that if Newport-Mesa doesn’t follow the state’s mandate, there could be negative consequences for the district, such as a loss of funding.

The California School Board Association and Gov. Gavin Newsom’s office didn’t respond to a request for comment by press deadline.