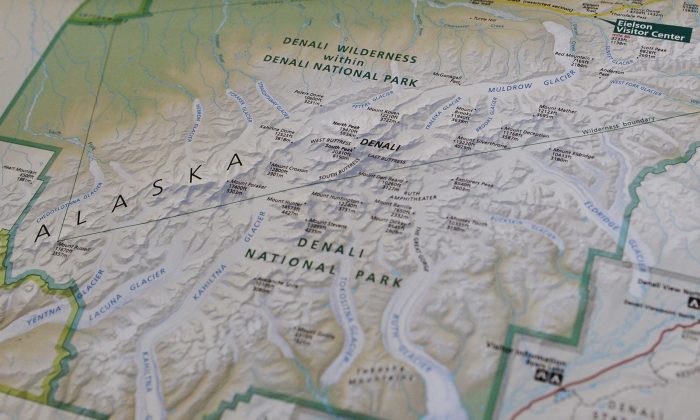 An Eastern European woman, who was recently wed, died in Alaska while attempting to visit an abandoned bus made famous by the book and film “Into the Wild,” state troopers said.

On Thursday, July 25, Veramika Maikamava and her husband, Piotr Markielau, both 24, were hiking on the Stampede Trail in Healy, Alaska State Troopers said.

Veramika Maikamava, 24, was swept away in a river while trying to reach the abandoned bus made famous by Into the Wild book and movie. https://t.co/q8lr6vjprl

While attempting to cross the Teklanika River, Maikama of Belarus lost her footing and grip on a rope stretched across the river intended to help hikers, Ken Marsh, a spokesperson for the Alaska State Troopers, told the Anchorage Daily News.

He added that the river reaches waist high, which makes it hard to cross.

Alaska State Troopers in Fairbanks added that the river was “running high and swift due to recent rains.”

A 24-year-old newlywed was swept underwater and died while trying to reach the bus made famous by the book and film ‘Into the Wild’ pic.twitter.com/2ytkNGHIcr

While Markielau was able to eventually pull his wife out of the water some 75 to 100 feet downriver, she was already dead.

Her body has been sent to the state medical examiner and an investigation into the incident is ongoing, state troopers added.

Replica bus 142 from the film adaptation of Krakauer’s epic adventure novel ‘Into The Wild.’ It can be found in Healy, Alaska at the 49th State Brewery near Denali, a safer and more imbibed viewing stop than where the actual bus is located in the Denali … https://t.co/Yk1KDGDAKs pic.twitter.com/t05t0Docp8

The couple had been married just under a month and were trying to reach the bus featured in the 1996 book by Jon Krakauer “Into the Wild,” according to Anchorage Daily News.

The bus is where the subject of the book, 24-year-old Chris McCandless, leaves society and lives in the abandoned bus for some time in the wilderness before dying in 1992 from starvation, according to the “Into the Wild” website. McCandless described his final days in a diary, which the book and movie was based on.

The book was made into a film in 2007 and was written and directed by Sean Penn, according to IMDb.

Following the success of the book and film, the location of the bus has become an infamous destination for hikers, leading to several rescue missions and tragic deaths.

In 2010, a woman from Switzerland also drowned in the river while attempting to reach the bus, according to Anchorage Daily News.

She is not the firsthttps://t.co/37OrscSPR2

Marsh added that from 2009 to 2017, there have been 15 state search-and-rescue missions in the area.

In May 2013, state troopers used a military helicopter to rescue three hikers who were trying to reach the bus.

A 24-year-old Belarus woman died Thursday while trying to cross the Teklanika River on the Stampede Trail near Healy. https://t.co/u19ROCO2FT

The three hikers from Germany, Florian Gerner, 21; Roger Karl, 20; and Eric Schlegel, 19, set off on May 23, 2013. Trooper Michael Baumann of Healy dropped them off at the end of Stampede Road, according to Anchorage Daily News.

The three hikers told him they would go out to the bus, which is an approximate 20 mile trek, and then return.

However, they never came back.

Troopers are reminding hikers, rafters and anyone else out enjoying the Alaska outdoors to be prepared for challenging weather, water and geographical conditions after a woman was swept under the Teklanika River and died. https://t.co/yxo5dIvRnb

“Due to high water in the region, Baumann was concerned for their safety,” troopers said in the report.

Troopers spotted the hikers within 10 minutes after dispatch via a helicopter, according to the report.

The young men were able to make it to the bus, but on the way back, the river and waters became so high and fast that returning was impossible.

While the group had proper gear, they only brought enough food for three days, troopers said.