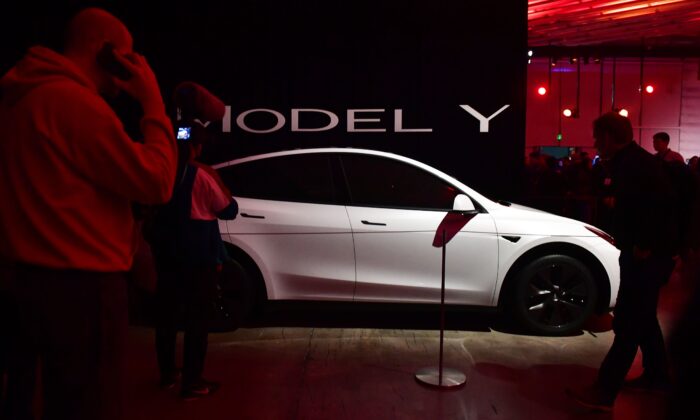 High demand for Tesla’s Model Y SUV after its launch in Australia has caused the automaker to push back delivery dates for the vehicle by six months.

The Austin-based automaker introduced on June 10 the Model Y to Australians, priced from AUD$68,900 plus on-road costs for its entry-level rear-wheel-drive variant, about $5,000 more than the basic vehicle Model 3 sedan.

The company initially proposed a delivery window of two to five months upon order receipts. But the estimated delivery date now turns out to be between February and May 2023, meaning customers have now to wait at least eight months, or up to almost a year, to receive their cars, according to the brand’s local website.

Tesla Model 3 now tops the best-selling electric car in Australia in 2022, accounting for almost two-thirds of all EV sales in Australia as of March 31. However, a nationwide love of SUVs across the country increases the chances for the Model Y to go beyond.

The long-awaited Aussie arrival of the model comes three years after Tesla first unveiled it in the United States. Together with Model 3, on which the Model Y is based, the two models represented more than 95 percent of Tesla’s production and deliveries in the first quarter, according to an official release. The company produced over 305,000 vehicles and delivered over 310,000 vehicles in the quarter, despite ongoing supply chain challenges and factory shutdowns.

The newly-launched electric vehicles will be made at the Tesla Gigafactory Shanghai. Recovering from a three-week shut-down in March and April due to a recent spike in COVID-19 cases, the factory has reopened under a “closed-loop” system with workers sleeping on the premises.

The Shanghai plant did not export any vehicles in April, according to the China Passenger Car Association.

Musk said in October that Shanghai had surpassed its Fremont, California factory—the company’s first plant—in output. The two factories are critical for Tesla’s goal to boost deliveries by 50 percent this year, as production at its new factories are expected to ramp up slowly in their first year.