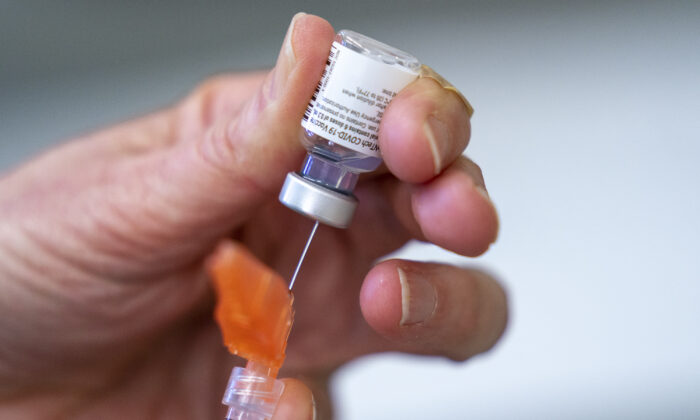 A syringe is loaded with COVID-19 vaccine at a vaccination clinic run by Vancouver Coastal Health, in Richmond, B.C., on April 10, 2021. (The Canadian Press/Jonathan Hayward)
Canada

Newfoundland and Labrador to End Vaccine Mandate for Provincial Employees

The province’s health department said in a release on May 26, that the removal of the vaccine mandate applies not only to provincial government employees but also to those “working with vulnerable populations.”

The mandate, which came into effect last December, requires public servants to take two shots of a COVID-19 vaccine, obtain an approved medical exemption, or go on unpaid leave.

The move to end the rules makes good on a promise stated in the mandate to “cease to have effect on June 1, 2022,” when it was announced last October.

“Given the current epidemiology of the province, a decision has been made not to extend them at this time,” the release said.

The health department, however, added that it will “continue to monitor the epidemiology of the province.”

“As with any public health measure, these may be reinstated at any time deemed necessary in the future for the protection of the people of the province,” the department said.