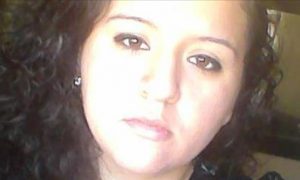 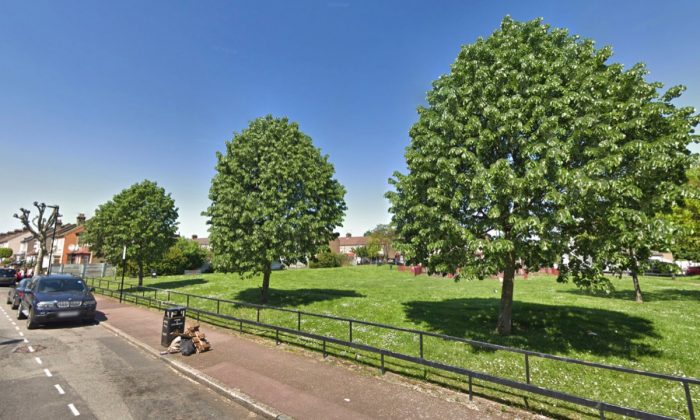 Children's Play Park in London where a baby was found abandoned, on Jan. 31, 2019. (Image via Google Maps)
UK

Newborn Baby Found Abandoned in Park in Near Freezing Temperatures

A newborn baby was found abandoned in a London park, as temperatures approached freezing.

The baby girl was found in a shopping bag in the east London park. She was wrapped in a towel and placed on the ground beside a bench next to a playground. A woman and her children out walking their dog heard the baby crying, around 10:15 p.m. on Jan. 31. She immediately called emergency services, The Telegraph reported.

The baby girl was taken to a hospital and is in stable condition as of the morning of Feb. 1. She is connected to an IV and hospital monitoring equipment.

Police are searching for the baby’s mother.

“I urge you to make contact either with police, your local hospital or GP surgery. It is really important that we know that you are safe,” said Inspector Shane Clarke, of the North East Command Unit, via a Metropolitan Police press release. “I would also urge anyone who has information that could help us to reunite this baby with her mother to come forward.”

The baby girl, named Roman by hospital staff, was found in a play park on #RomanRoad, near the junction with #SaxonRd. Police are increasingly concerned for the welfare of her mother who may be in need of urgent medical attention & urge her to contact police or @Ldn_Ambulance pic.twitter.com/mv8s8jxLLw

Some Facebook users who commented via the Metropolitan Police Service’s Facebook page on the issue, suggested that the UK should implement a safeguard like those found in other nations.

“In the US and a few other countries they have these drop boxes at fire stations for exactly this reason, obviously it’s not the best idea to encourage people to drop babies and run but for those who truly have no other options etc then these drop boxes are perfect, as soon as the baby is left inside the temp controlled box the silent alarm is raised and someone checks asap so no harm come to the baby, it’s awful that these girls/women feel they have to do this but at last the baby is coming to get the care needed instead of being left in a park etc,” commented Haley Currie.

Police are appealing for help to trace the mother of a newborn found in Newham https://t.co/zJqUwuyUIX pic.twitter.com/Qb7I1QxPgO

“We need loads of those ‘baby drop ins’ that they have in America. Such a good idea, I agree that leaving the baby on the floor … in a park … was a bad move but we don’t actually know what happened ???? anything could of been going on with her. We should just all be thankful that baby is in safe hands now ❤️,” commented Stephanie Picknell.

In March, the Atlanta Journal-Constitution reported that a baby was left outside on a porch in cold weather with its umbilical cord still attached, in Fulton County, Georgia. Police headed to the home around 3:30 a.m., after they received a call from someone who found the baby there.

Police continue urgent enquiries to trace the mother of a newborn baby girl found abandoned in #Newham last night. The child is in a stable condition in hospital. Her mother may need urgent medical attention. Call 101 ref CAD7825/31JAN or Tweet @MetCC. https://t.co/zJqUwuyUIX

A 17-year-old in the home later admitted to giving birth to the baby. Her family said they did not know she was pregnant. Police did not press charges.

Also in March, passersby found an abandoned 9-month-old baby lying in the middle of the street, in temperature that went down into the teens. Multiple people stopped to rescue the baby and keep it warm, in Utica, New York, The Washington Post reported.

A mother that lived nearby claimed that the baby was hers and that she did not know how the baby got away from her. She was charged with endangering the welfare of a child, and authorities took all of her children away.