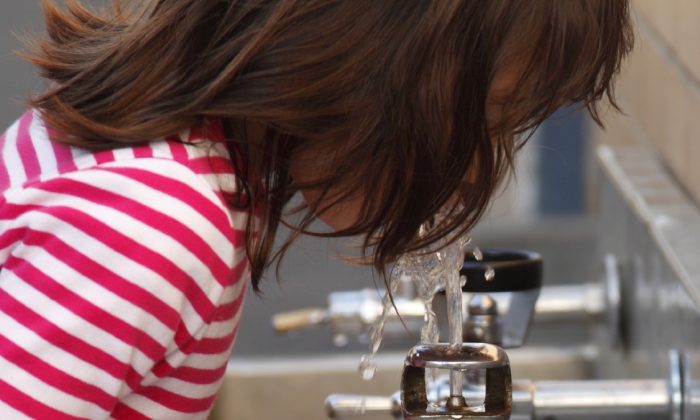 Newark, New Jersey has begun testing children after 30 schools in the district showed high level of lead in their water systems.

The data released by officials showed that out of about 2,067 water quality samples collected between 2012 and 2015, about 12 percent had lead levels above the federal maximum of 15 parts per billion.

City health officials set up free testing on March 17 and 18 to two pre-K centers that were on the list of schools with elevated lead levels. Officials said they will schedule additional testing sites for other schools during spring vacation.

“I think school is the first place that they should be safe at,” Tanquir Walker told CBS News as he took his young daughters to get tested.

“That just goes to show they are not on top of their game,” he added.

However, not all parents took their children to get tested at the schools.

Nick Nikabou told The New York Times that he took his 4-year-old son suffering from a fever to the emergency room in December. There he received the news that his child had lead poisoning. Nikabou, whose son drank from the school’s water fountains daily, said he no longer trusted officials after learning about the water contamination.

“My son was being killed slowly without knowing,” said Nikabou.

“I’m mad at the city. This is really criminal,” he continued.

Since the findings were released, the mayor’s office said the schools have set up temporary alternative water sources. Bottled water has been delivered to the schools, and all water fountains at the school have been shut down. City officials said restrooms, kitchens and other places where water needs to be on have signs that advise individuals that the use of water is for washing hands only. The Department of Environmental Protection said that there is no risk of poisoning through hand or dish washing.

“As a parent, I too find the fact that the district has identified elevated levels of lead in water in each of these past years extremely concerning,” said Newark Superintendent Chris Cerf in a statement.

“Accordingly, when we learned the results of this year’s tests, we immediately directed the district to take the following steps to correct the situation,” he added.

However, WNYC reported that officials in Newark rejected the Environmental Protection Agency’s help to fight high lead levels when they were detected back in 2003.

Former superintendent, Marion Bolden, who was in charge from 1999 to 2008, told WNYC that her staff addressed the water conditions and other environmental matters during her time.

However, some staff said that the protocols addressing lead levels were not followed by all workers.