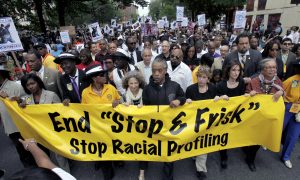 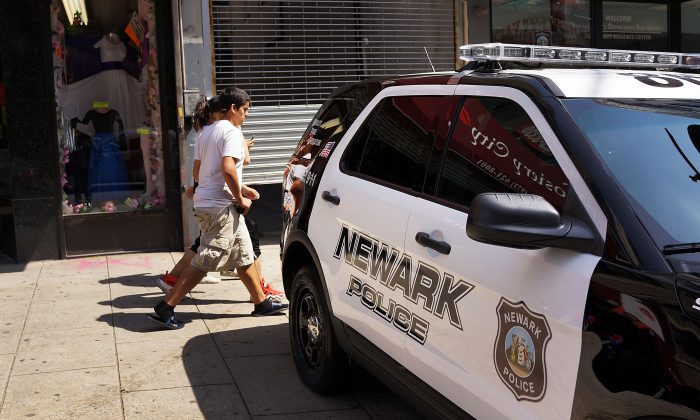 An independent monitor enforcing the reforms is expected to be named by mid-September when a federal judge signs off on the agreement.

The probe started in the months after the American Civil Liberties Union (ACLU) of New Jersey filed a complaint claiming rampant misconduct in the department, especially its stop-and-frisk policy and police handling of civilian complaints.

In one of the egregious examples cited in the ACLU complaint, two officers shot an unarmed driver to death after they had a traffic collision. The department was sued and settled the case for $1 million.

DOJ staff and former police chiefs conducted the investigation. They reviewed the department’s procedures, interviewed every type of staff, and held community meetings with Newark’s residents.

The 49-page DOJ report released Tuesday corroborated the claims in the ACLU complaint. It also added fresh charges, including theft and evidence of systemic violations of the Fourth and Fourteenth amendments as well as parts of the Civil Rights Act in the department.

“Our investigation uncovered troubling patterns in stops, arrests, and use of force by the police in Newark. With this agreement, we’re taking decisive action to address potential discrimination and end unconstitutional conduct by those who are sworn to serve their fellow citizens,” said Attorney General Eric Holder in a statement.

The report attributed much of the misconduct to the police department’s inadequate system of monitoring poor behavior by its officers. Over a six-year period the department upheld one excessive force complaint, a number that the DOJ said “appears significantly aberrant.”

The investigation also found that over a three-and-a-half-year period, 75 percent of pedestrian stops were made without constitutionally adequate reasons, where officers had a reasonable suspicion of criminal activity. Instead, the stops were made because people were “milling, loitering, or wandering” in high-crime areas, according to Jocelyn Samuels, acting assistant attorney general for the Civil Rights Division in Washington, D.C.

The report noted that police misconduct had a disparate impact on Newark’s black population, as 80 percent of the stop and frisks involved black individuals in a city that is only 53.9 percent black, but the discrepancy could not be attributed to “intentional race discrimination.”

Part of the agreement includes mandatory annual training for all department employees on how to avoid biased based on ethnicity, sexual orientation, and gender identity.

“We accept the report and we look forward to making all the corrections that have been offered to us and pinpointed in the Department of Justice report,” said Newark Police Director Eugene Venable.

The department will have to regularly analyze data of stops and arrests to spot for disparate impact trends along race and gender lines to be corrected, and subject the data to annual reviews.

Theft by police department personnel is “more than an aberration limited to a few officers or incidents within the NPD,” the report concluded. The problem is particularly acute in the specialized units such as narcotics, gangs, and prisoner processing. The department was aware of the problem but still didn’t sustain any theft complaints against the officers with the highest number of incidents, the report found.

The agreement has a provision that requires the transfer of officers with repeated complaints of theft to positions with no access to money or property. The department will have to report all allegations of theft to the New Jersey attorney general’s office.

To re-establish the community’s trust in the police force, which the report said was expectedly undermined by the years of misconduct, the department will have to create a civilian oversight entity, whose powers and jurisdiction is still being formulated.

The entity will be funded by the department, which has undergone financial stress in the past few years. In 2010 it had to lay off 167 officers—13 percent of its police force—under then-Mayor Cory Booker.

“One could look at this, 22 days in as mayor, that the roof is caving in, but I look at it as an opportunity to build a new roof,” said Ras Baraka, who was elected mayor of Newark on July 1.

“We are excited, not about the bad acts of a few police officers in our department, we are excited that we have the ability to transform the Newark police department.”

Additional reporting by the Associated Press.