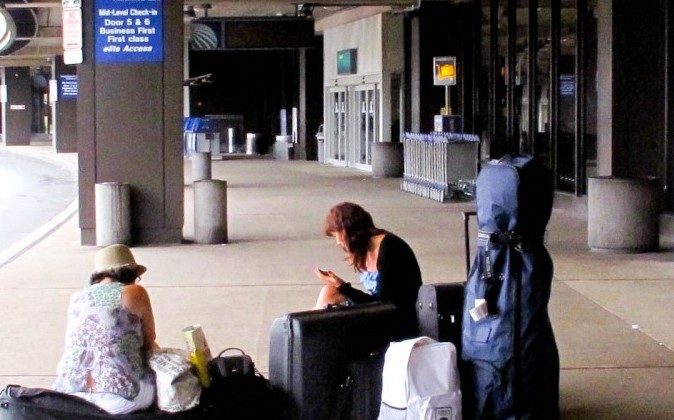 Passengers wait outside of Newark Airport (Youzhi/DJY)
US

In preparation for the 2014 Super Bowl at MetLife Stadium, Newark Liberty International Airport announced on Thursday it will receive $70 million in private sector investments.

“Today’s announcement highlights that by working together, the public and private sectors can help generate jobs and opportunity for our state’s workforce,” said Lt. Gov. Kim Guadagno according to a statement.

United Airlines committed $25 million to develop a new wide-body aircraft maintenance hangar, which will result in an estimated 210 jobs.

Signature Flight Support Corp. agreed to invest $11 million for a new passenger terminal and ramp renovation, which will result in an estimated 80 jobs.

Host Hotels and Resorts, which owns the airport Marriott, committed to $34 million in capacity and infrastructure improvements last year, which should result in an estimated 250 jobs. The hotel’s lease was extended for another 40 years by the Port Authority as part of the deal.