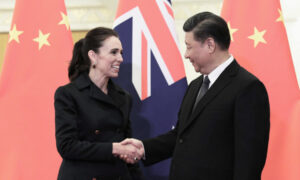 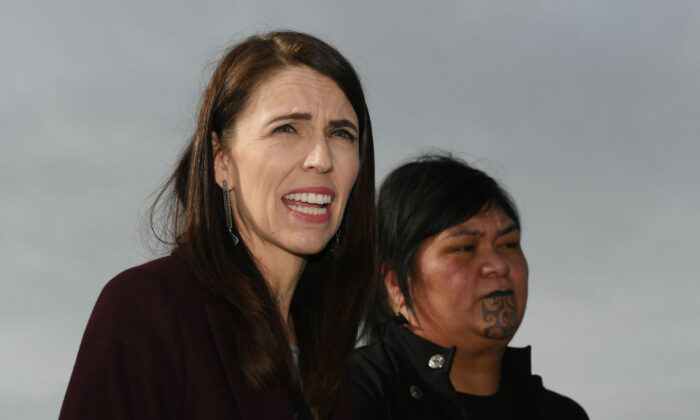 UK politicians have responded with shock and sharp criticism for New Zealand’s (NZ) prime minister and foreign minister over remarks about the country’s stance on China and the Five Eyes alliance.

During the debate in the UK House of Commons about whether to declare the Chinese Communist Party’s (CCP) treatment of Uyghur Muslims a genocide, conservative MP Bob Seely described NZ as being in an “ethical mess” for being too soft on Beijing.

“A quarter of our British supply chain is dominated by China,” Seely said. “The problem is that if we go further down that route, we end up like New Zealand, in a hell of an ethical mess, with a prime minister who virtue-signals while crudely sucking up to China and backing out of the Five Eyes agreement, which is an appallingly short-sighted thing to be doing.”

“On that point, we need to stand shoulder to shoulder with Australia. That is a tired cliché, but the Australians are calling out China and doing so at trade risk,” he said.

The UK politicians’ comments come after NZ Foreign Minister Nanaia Mahuta earlier in the week delivered her second formal address in the role at the New Zealand China Council, where she outlined what the nation’s “contemporary relationship” with China looked like.

Mahuta warned local exporters of the need to diversify their trade markets and raised concerns over Beijing’s soft power push into the South Pacific.

However, the minister also indicated that the Ardern government preferred the Five Eyes alliance to remain primarily about intelligence-sharing.

“We are uncomfortable with expanding the remit of the Five Eyes,” she told reporters. “We would much rather prefer to look for multilateral opportunities to express our interests.”

“Matters such as human rights should be approached in a consistent, country agnostic manner,” she added. Her comments were backed by Prime Minister Jacinda Ardern.

The comments were “shocking” to Nigel Farage, a former member of the European Parliament, who quipped that NZ was leaving the Five Eyes for a new alliance with Beijing.

“We have just lost one of our closest and oldest allies in the world because they are now completely in the hands of the CCP,” he said on his YouTube channel on April 23.

“NZ has sold their souls to Communist China, and why? Because lots of their exports go there.”

The Five Eyes alliance—which comprises Australia, Canada, New Zealand, the United Kingdom, and the United States—was formed in the 1940s as an intelligence-sharing network.

However, in recent years the network has been leveraged to discuss and partner on other pressing issues, including the economy, defence, Big Tech regulation, and foreign relations.

Australian Foreign Minister Marise Payne, who is currently in New Zealand, stressed the importance of the group in an interview prior to her first official engagement with Mahuta on Thursday.

“In terms of the Five Eyes, what I have found in the last year in particular and certainly in the last little while, is a very significant level of engagement across counterparts,” Payne told ABC radio.

Ciaran Martin, the former CEO of the National Cybersecurity Centre in the UK stressed that the Five Eyes was an intelligence-sharing partnership and not a “foreign policy alliance.”

“It has never had any economic or trade functions. It has no inter-governmental political mechanisms,” he wrote on Twitter.

“All of this could be changed in the future, but it hasn’t yet.”

NZ has been accused of being the “soft underbelly” of the Five Eyes network, with critics panning the Ardern government for avoiding offending Beijing to maintain its trade relationship.

For example, in January, NZ Trade Minister Damien O’Connor caused a diplomatic stir with close ally and neighbour Australia after suggesting the country’s government should show more “respect” to Beijing if it wished to emulate the “mature” relationship between NZ and China.

“If they (Australia) were to follow us and show respect, and I guess show a little more diplomacy from time to time, and be cautious with wording then, they too, hopefully, would be in a similar situation (to New Zealand),” he said.

Michael Shoebridge, defence director at the Australian Strategic Policy Institute, said NZ was attempting “quiet diplomacy” and warned this approach was not fit for purpose, particularly as Beijing continues to assert its hegemony overseas.

“NZ will find that their policy framework collides with their values and interests, even if its purpose is to protect NZ’s China trade,” he told The Epoch Times.