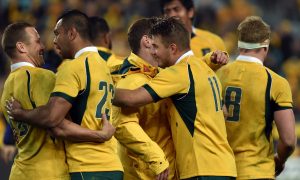 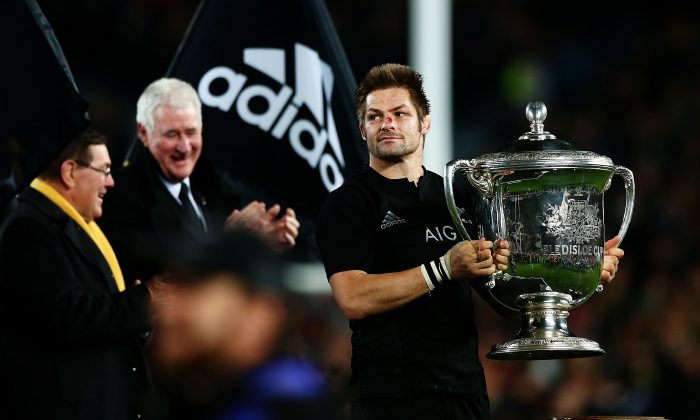 New Zealand comprehensively outclassed Australia to retain the Bledisloe Cup, with an emphatic victory 41-13 over Australia at Eden Park last Saturday, August 15. It was such a contrast to the previous week in Sydney, where Australia proved that New Zealand is both beatable and vulnerable. This week, New Zealand was emphatically more competitive in the forwards, dominant in the lineout and gave more space to Dan Carter, who was able to weave some of his magic to influence the game.

It was a wonderful send-off for many senior All Blacks, who will either retire after the Rugby World Cup, or ply their trade in Europe next season. The high-light, was the deserved recognition for All Black captain Richie McCaw, who won his 142nd cap, a world record, and left the field at 60 minutes to a standing ovation. He has been a giant in the game, as a leader, tactician, inspiration and player. He has one more ambition; to lead New Zealand to retain the Rugby World Cup in October.

Australia applied early pressure, taking the game to New Zealand and after 7 minutes led 0-3 from a Quade Cooper penalty. Dan Carter replied with a long range penalty on 15 minutes; 3-3. The game changed at 22miniutes: a line break by Carter, opened up the Australian defence to put in Dane Coles, the hooker, who outsprinted the Australian cover to run 40m to score; 10-3. By half time, the score was 13-6, with two more penalties from Carter, and another from Cooper.

After the break, New Zealand stormed out of the blocks. For the next 20 minutes they played sublime rugby. Another line break, this time from Aaron Smith, created space for wing, Nehe Milner-Skudder, to cover 30m towards the Australian line, and deftly offload to Smith, who was high-tackled by Cooper. Penalty-try New Zealand. Yellow card for Cooper. 20-6.

In the next 10 minutes whilst Cooper was off the pitch New Zealand ran in two more wonderfully executed tries: the first for Ma’a Nonu, then a few minutes later for Conrad Smith. Their running and passing game, left Australia floundering. Ma’a Nonu then scored his second try, powering over the line from close range. With 15 minutes left to play, New Zealand was 41-6 ahead, and given Australia a masterclass in running rugby, with skilled interchanges between forwards and backs. Immensely impressive.

Australia scored a consolation try: Israel Folau intercepted a poor cross-kick from TJ Perenara, and then ran 70 metres to score. Folau was impressive all afternoon; so reliable under the high ball, and his try was a just reward. The final score was 41-13. New Zealand retained the Bledisloe, for the 12th year in succession, in emphatic fashion. It was a fitting send-off to the team and a glorious way for some to play their final test match in New Zealand.

New Zealand was exceptional. Australia was not able to repeat their superb performance from the previous week. Both teams now prepare for the Rugby World. For New Zealand it is about “climbing the mountain”, to quote Richie McCaw, who will try to retain the Cup. No team has won back-to-back World Cups. Australia, despite the loss, should have confidence: they won the Championship, look dangerous on their day, have a pack that will not be bullied, and know they can win against the best. But not last Saturday: that day belonged to McCaw and New Zealand.

Grahame Carder is a sports enthusiast, writer and former player from representative Schoolboy level, through University and most corners where he’s lived. Currently works as Consultant on Strategy and Marketing.