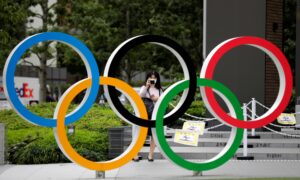 New Zealanders will be able to freely enter Queensland without the need to quarantine from Saturday as the Sunshine State further lifts CCP virus restrictions.

Premier Annastacia Palaszczuk told Nine News on Friday morning the decision was because New Zealand has gone 28 days without a case of community transmission.

The premier previously declared that Queensland’s border would remain firmly closed until the requirement was achieved. She added that the state’s Chief Health Officer Jeannette Young had advised her on Thursday night that New Zealand was “good to go.”

“Visitors coming in from New Zealand, from 1 a.m. tomorrow are welcome into Queensland,” Palaszczuk said.

However, visitors will still have to undergo mandatory 14-day quarantine when they return to New Zealand.

Palaszczuk is optimistic the New Zealand government will soon deem it safe enough to remove quarantine requirements on arrivals from Australia.

“We are hoping that, eventually, New Zealanders will not have to do that hotel quarantine upon return, and then there would be free-flowing movement between the two,” she said.

The premier denied the decision to open up to New Zealand had been made at the behest of industry groups, saying it was based on health advice alone.

When asked about labour shortages in the state’s fruit and vegetable farms, she confirmed New Zealand residents will be able to enter to work.

“Anyone from New Zealand will be welcome to come into Queensland,” Palaszczuk said.

Queensland will also allow people from Adelaide to enter the state without undergoing mandatory quarantine from 1 a.m. on Saturday.

Health Minister Yvette D’Ath and Chief Health Officer Young flagged the reopening on Monday after deciding that the South Australian government had contained a virus outbreak in the city.

Queensland will also allow socially-distanced dancing at indoor venues from 1 a.m. on Monday.

Queensland already opened its borders to New South Wales and Victoria after both states went 28 days without community transmission.